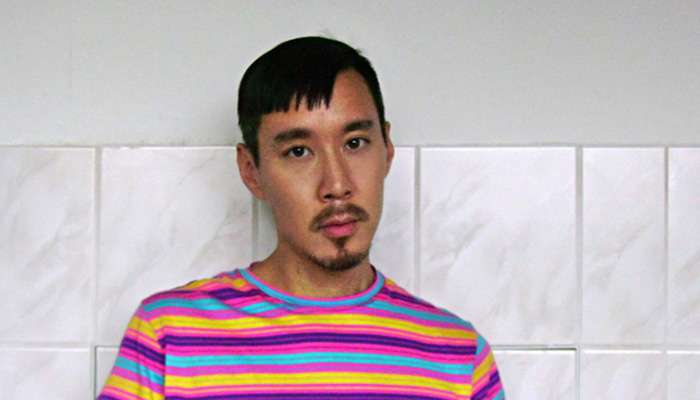 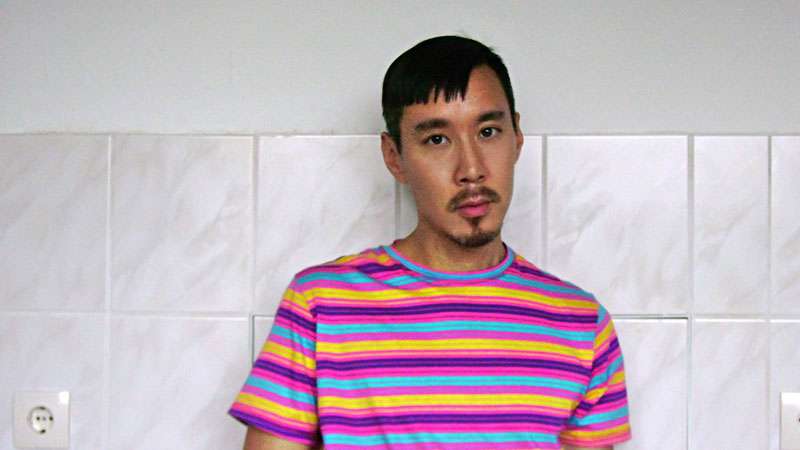 In celebration of our upcoming As You Like It Three Year Anniversary w/ Jeff Mills, Kassem Mosse (live), and Daniel Wang, we’re honored to release an exclusive podcast, thanks to Honey Soundsystem approval, by Daniel Wang and an interview by Honey Soundsystem’s Jason Kendig of Wang.

Your first Balihu release was something of an anthem in Detroit when I was coming up in the scene. On the 12” you had a contest: “name all samples on this record and win a trip to Paris… OR maybe BAL-002 test pressings!” Since this was prior to the ubiquity of the Internet, did you get many submissions? Did anyone win?

You know, since 1993, I’ve only met 2 or maybe 3 people who could name the truly obscure samples on the B-side. No one ever sent me all 17 sources on one list, but these 2 people, I cant remember who when or where, knew the difficult ones. Especially B3, that was from an old Philadelphia soul disco compilation, which I found in a junk shop. Anyhow the contest was just a gag, an attention-grabber… I don’t even know if the concept of “vinyl trainspotting” existed in the house music scene in 1993.

The last time you played for Honey Soundsystem coincided with our yearly tribute to Patrick Cowley. Do you have a personal favorite record by him?

My favorite came that night thanks to Josh Cheon of HSS: Thank God for Music! The Lyrics say it all! And, Sea Hunt and Right On Target. Honestly I find the chords and arrangements by Cowley sometimes a bit cheesy. He didn’t have the jazz and blues, training, which the Philly and East Coast musicians had, he repeats the same 5 chords a lot, but he still had lots of funky inspired moments.

Do you have a favorite synthesizer or drum machine in your collection?

Silly, but all my synths are sort of favorites in their own way, I’ve only kept the ones that I love and use repeatedly. The ARP SOLUS for bass sounds, the Yamaha FS1R for complex digital FM polyphonic sweeps, the Roland TR626 for classic 80s drum sounds.

Not many people know that you also from the Bay Area. Did you find that growing up in this region influenced your musical tastes? Or did that develop later?

Indeed I was born in Oakland, often in San Francisco Chinatown as a child, went to high school San Jose, summer college sessions at UC Berkeley. I was kind of embarrassed about all this in the past, I was happy to let people believe that i was an urbane downtown New Yorker… But after moving to Europe, now that i am older, i have come to see what an unusually beautiful place the Bay Area is, the nature, the amazing conditions for raising kids+ having a family, the easygoing life for gays and alternative communities… Also, growing up, I didn’t feel that being Asian or Chinese was something positive. I really loved Japanese culture, but in the 80s, there was no Margaret Cho, no hyper-cool figures like fashion designed Alexander Wang, or that hot Korean guy on Hawaii Five-O, is that Daniel Kim?

As for music though, I don’t think I learned anything in Bay Area. I mean zero. In high school, I went to a few cheesy goth clubs which played New Order, Tones On Tail, Stephen Duffy. It was the soul, jazz and classical that I learned in New York and Europe, which still move me.

Have you always had a green thumb or did that blossom while living in Berlin?

The green thumb totally came in Berlin! And also some cooking skills! In New York, the air was always dirty, even the street trees always-looked half dead to me. In Berlin, I’ve had more pocket money to spend, more leisure time since my DJ work is always on weekends, and every home market carries plants for 5-8 euros, you name it, palms, succulents, tropical exotics, I bought my juniper bush for about 20 euros and trimmed it into a bonsai myself over these 4 years… But it must be said: Bay Area is botanical paradise. Everything grows splendidly. My brother and his wife both work in the Botanical Gardens and what they show me is amazing, you can’t grow those things open air in northern Europe.

Having traveled through so many countries and airports. Do you have a favorite terminal? Perhaps one where the architecture inspired you while you were waiting for your next flight?

Awww that is such an immodest show-off jetsetter question! Oslo airport is gorgeous. All blond pine wood ceilings, dark slate and marble stone floors. Love it. Narita Tokyo is of course best for food and gift shopping. Berlin Tegel is the quickest and the coolest retro airport with its 60s hexagonal geometrical motifs. Beijing airport is so ugly that it’s shameful. There’s that distaste for Chinese things again in me. Dubai was fucking tacky too, fake bronze palms, and bookstores featuring prominently books describing how the film “The Matrix” is a metaphor for the Koran, which shows us that our world is an illusion. Each country gets the airport that it deserves!

Have you ever considered performing your music live? Or arranging it for a full orchestra to perform?

I think there are only about 2 or 3 pieces I’ve done so far which would even barely qualify as worthy for orchestral arrangement. But now that I just finished my studio at home, a new phase will start, all gorgeous melodies and harmonies. Then I will accept the offer.

Any countries where you’ve had the most success digging for records?

The country I had most success in was Germany in general, and Berlin in 2001 or so! This was pre-hipster berlin. Bins full of obscure European disco with “superSound” pressing quality. For an American from New York, this was a treasure trove. Those stores have all been plundered by now. Also, in 1998 or so, I bought about 70-80 classic italo and electronic records at Eight Ball on East 9th street in NYC for 2 or 3 dollars each. At that time, GazNevada and il-Discotto etc etc had no market value at all. My luck back then.

Do you have a favorite dish to eat that you can only find when you return home?

Favorite dish in berlin: can be found in New York as well, but whenever I come home from a long journey, my boyfriend and I only want to eat Vietnamese noodles. Specifically, it’s because Berlin had a large group of Viet immigrants even in the 60s from communist Vietnam to the GDR. So they are like what the Chinese are in SF or the Koreans in LA. Some people might not know that Germany’s minister of economy is a Vietnamese man who was adopted by German parents, a very smart guy he is too!