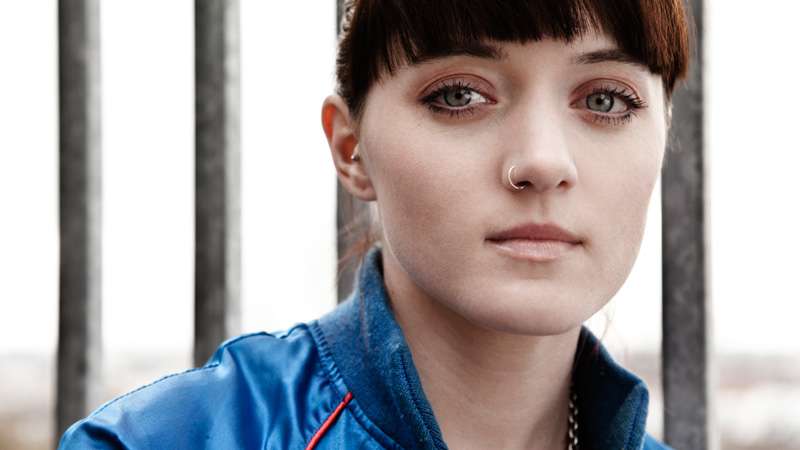 As You Like It friend and Dirtybird artist J.Phlip is set to make her AYLI return May 17 for Move D B2B Optimo, Jackmaster, J.Phlip and more at Public Works. J.Phlip’s cross of bass and house music bridge the gap of many of our key influences. AYLI residents Bells & Whistles prepared some questions for J.Phlip in preparation for the upcoming performance. J.Phlip live recordings are few and far between, so we’re especially honored to release her AYLI recording from December’s show at Monarch with George FitzGerald as an exclusive podcast.

Bells & Whistles: Can you tell us about how you first got involved with Dirtybird?

J.Phlip: It took a little luck, a little fate, a little of my own effort, and a lot of total nonsense to make it happen. It started about 10 years ago at Smartbar in Chicago when this funny guy starting dancing with me at the Ben Watt show. He was wearing a trucker hat that said “fingerbang” and a Harley Davidson t-shirt with the sleeves cutoff. He went on the decks at the end of the night and then I realized he was Justin Martin. I had his Sad Piano record and my dj partner had a couple of his early dirtybird records.

Then I went to WMC a few months later and brought my best friend, Anu. Anu has the magic ability to talk to anyone! I can be way more shy. We went to the buzzinfly party where Justin was playing and I actually had to leave for a gig during his set. But i told Anu to stay and go meet him and find out where they were partying later. I had a feeling his crew from SF was going to be really fun. Then we ended up partying with them the rest of the week. I met Barclay, Worthy, Christian Martin, Fernando and Sammy D to be specific. We had this unforgettable night dancing to Audion at Jazid. The music was mindblowing. Their crew was just so silly and fun. Shit man I wouldn’t have even been in Miami that year if it weren’t for this silly DJ contest I won through BPM magazine. Its funny when you think back, all the little things that could have totally changed the outcome of life. The “what ifs”?

Anyway I just kept bumping into them in Miami, Chicago, or SF, and we became friends. I decided to fly to San Francisco to see the premier of Snakes on a Plane with the dirtybird gang in 2006. No seriously, its true. There was a dirtybird party at Shine that week and so they asked me to play! They had me come out another time too to fill in for Barclay when he was out of town. I eventually got my butt in a Uhaul and moved out to SF but I still wasn’t a dirtybird yet. In 2008 Barclay signed my first track Rumble Rumble to dirtybird and after failing dirtybird bootcamp I was still made part of the crew! Happiest times!!!

B&W: What’s the hardest part of hitting the road every weekend?

J: Airports suck… They are a true test of your patience. Never being able to have a regular sleep schedule is hard sometimes too. Luckily I can sleep on planes! If I couldn’t I don’t think I could do this for a living! Everyone wants me to after-party everywhere but I just can’t or I would kill myself. My room is always a mess from packing, unpacking, and re-packing….

B&W: If you could have any super power what would it be? And why?

B&W: You still live in San Francisco. What is it about the city that keeps you coming back?

J: It is a magical city. It’s so beautiful. Most beautiful place I have ever seen. I love the weather. Even the chilliest and foggiest days dont have sh!@#$ on the freezing cold endless gloom of a Midwest winter. It’s a crazy place man. It never gets boring. So many freaks and crazy mofos around. And of course i love my friends and my boyfriend here. But I work and travel so much these days, I don’t take enough time to enjoy the surroundings in the bay. And the housing crisis is depressing. I know everyone keeps saying move to Oakland but that doesn’t work for my boyfriend. So I have a bit of a love-hate with San Francisco right now. I want to stay but it is so difficult! I guess time will tell.

B&W: What do you think about san francisco’s dance music scene compared to other cities around the world? Anything you’ve noticed that’s special or unique, and anything you’d immediately change if you could?

J: I don’t go out very much these days! I’m probably a horrible judge of scenes. I really only know how my gigs are and what my friends tell me about their weekend and pictures of parties on Facebook. Seems like San Francisco has a strong dance music scene right now. It always has. It is a small city and I have seen it struggle with being over-saturated – Too many parties, not enough clubbers. But dveryone is partying now in 2014, right?? There definitely seems to be a ton of great talent coming through!

The dancefloors get really loose in SF. They always have. People are never too cool to dance and whatnot. I love that. The outdoor parties are really special. I don’t see many parties like the Sunset parties and the dirtybird BBQ and such in other cities.

But I was totally spoiled by the club scene in Berlin, after living there for three years. The clubs here don’t compare to the clubs there and a lot of other cities unfortunately. But I don’t think it’s necessarily their fault. You can only do so much with the 2am liquor cutoff. So I guess that’s what I would change! If people could continue to get their drink on until at least 4 or 5 I think the clubs and promoters would have more money and more motivation to step it up and get more creative with the parties. As far as undergrounds, I heard there have been some going on but I have always been out of town. Back in the day I used to LOVE the underground parties here. They were the best!

B&W: After a late night when you’re feeling hung over, what’s your favorite breakfast spot in SF?

J: Ha I haven’t had brunch in SF in forever! I’m never here on a Sunday morning. But I know Brenda’s is still the spot! I love to go out to dinner here though…. I love Kiji, nopa, lolinda, and locanda…. Dem are my spots right now. Mmmmm sip sip… Today I’m actually going to Statebird Provisions for the first time. I worked so hard to get that reservation! Very excited!!!!!

B&W: If you could hang out with anyone dead or alive, who would it be?

B&W: Whats currently playing on your personal playlist when all you want to do is chill?

B&W: What is your favorite kitchen appliance?

B&W: What exactly is it about pizzas that makes you want to remove them from their box, and throw onto other objects?

J: I was bullied by a pizza as a child.