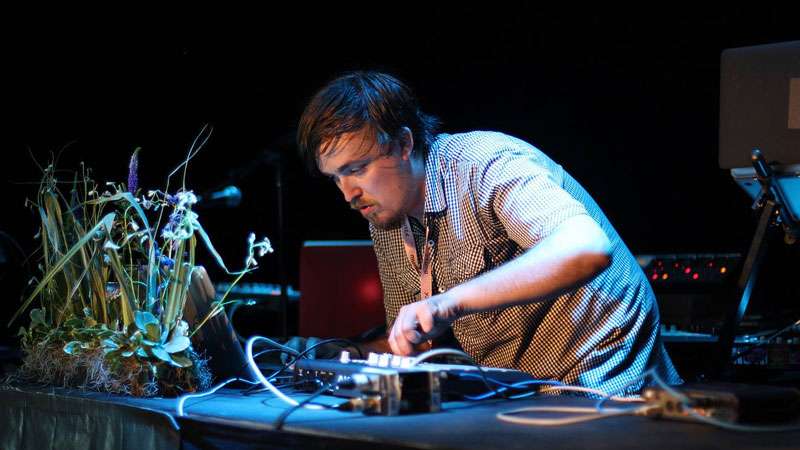 We’re excited to bring As You Like abroad for the first time with one of our favorite artists and most influential friends Move D and AYLI resident Sassmouth. For this special night, we’ll be partnering with our friends Subversive and The Fox for a quality night of house music featuring Vancouver native Jesse Bru. Jesse’s sleek sample influenced deep house LIVE act was featured at Montreal’s prestigious festival MUTEK in 2013. In preparation for our big collaboration in Vancouver, Jesse created a mix and took the time to answer questions from Subversive’s MYTE. MYTE also happens to be Jesse’s younger sister is getting the night started Saturday. Take a moment to take in this quality mix and interview. Quality.

MYTE: When did you start producing – and what or who were your early passions and influences?
Jesse Bru: I started producing right when i moved back to Vancouver from Montreal in 2007.After connecting with the Danksoul guys (Bron, Secret lover, Cinch) working with them on some hip hop related stuff, it sort of exposed me more to Ableton and music production. So (I) started writing music as hotkeys with my man Ryan (secret lover) and by myself. As far as what influenced me, I grew up on a pretty solid diet of movies as a kid, so the sound track to ‘Hackers’ and the theme song to the early 90’s ‘Mortal Kombat’ movie by ‘Lords of Acid” probably played a pretty big part, as well as my love for everything J Dilla touched. So I guess Dilla and 90s cinema.

MYTE: What tools do you use for production?
JB: I produce using Ableton Live, a computer/mic/guitar/turntable and a few midi controllers. Lots of samples and found sound stuff — nothing overly special or analog (yet) in the set up.

MYTE: When you’re not busy making music, how do you like to fill your time?
JB: By continuing to improve on the state of my studio tan via eating ice cream and playing video games. spending inordinately large amounts of time watching hockey and playing Bloodborne. Occasionally leaving my spot to re-up on supplies (i.e ice cream and what ever else my body requires for nourishment) and riding my bike around the beautiful city I call home.

MYTE: If we looked in your fridge, what would we see?
JB: Dairy products, an abusively large amount of condiments, too many corn tortilla shells, yogurt and uneaten left overs.

MYTE: What is your favourite meal to prepare?
JB: Braised short rib over mashed potatoes .. or any protein over starch swimming in sauce will suffice .

MYTE: What’s your favourite Disney princess and why?
JB: Well not much of a disney princess kinda guy.. was more into Hayao Miyazki’s movies like Princess Mononoke. Simply because it is one of my favourite movies of all time. Such cool character design and an amazing score by Joe Hishaishi. But if I were to choose a disney princess ..i guess it would be Princess Jasmine from Aladdin, because A. It’s the only princess I can really remember off the top of my head, and B. it reminds me of that creepy viral video of that guy with the high octave range singing both parts to “a whole new world.”

MYTE: If you could trade places with any other person for a week, famous or not, living or dead, real or fictional, with whom would it be?
JB: My fist choice would be Paddington Bear, One week of miss adventures and marmalade sounds pretty gangster to me. Although I guess thats not really a person. So I’m going to have to go with George Duke cause very few can blast a melody on a Rhodes like this guy.

MYTE: Hawkins cheezies or Cheetos?
JB: Hawkins, All about those cold dense cheesy nuggets of goodness… about as Canadian as a snacks gets.

MYTE: If you were an animal what would you be and why?
JB: Golden retriever, because a life of belly rubs, chin scratches, snacks and naps sounds like a pretty ideal life to me .

MYTE: If aliens landed in front of you and, in exchange for anything you desire, offered you any position on their planet, what would you want?
JB: My own alien space ship, If theres anything John Travolta taught us in battlefield earth (asides from the niche cyberpunk fashion stylings) its that alien space ships are pretty awesome.

MYTE: If you won $20 million in the lottery, what would you do with the money?
JB: Buy my parents something nice, move to Europe, buy a nice place some where warm and spend all of my time in the studio, so basically what I’m doing now but some where better. warmer and with more money so i don’t feel as guilty about spending the majority of my free time indoors.