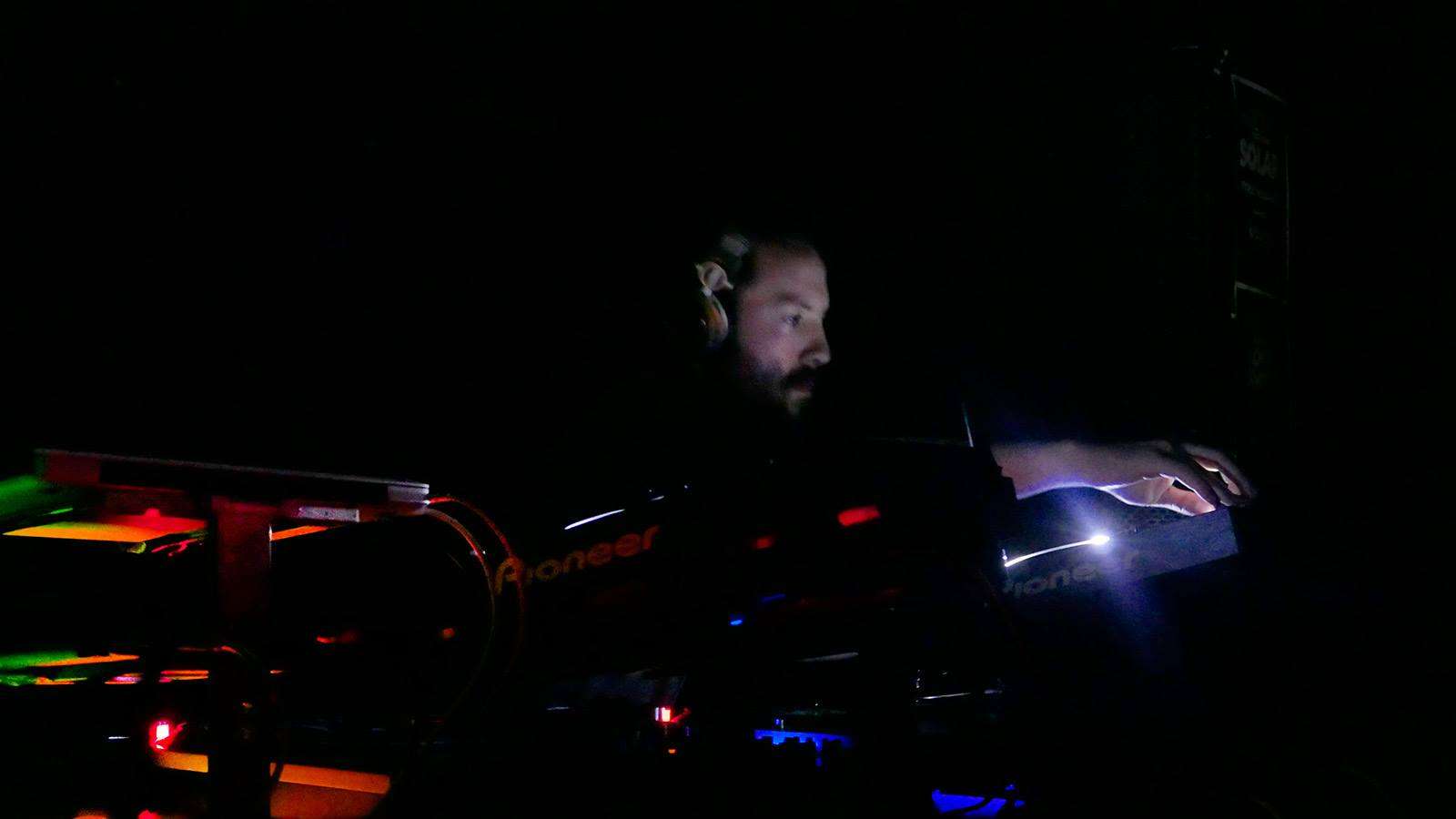 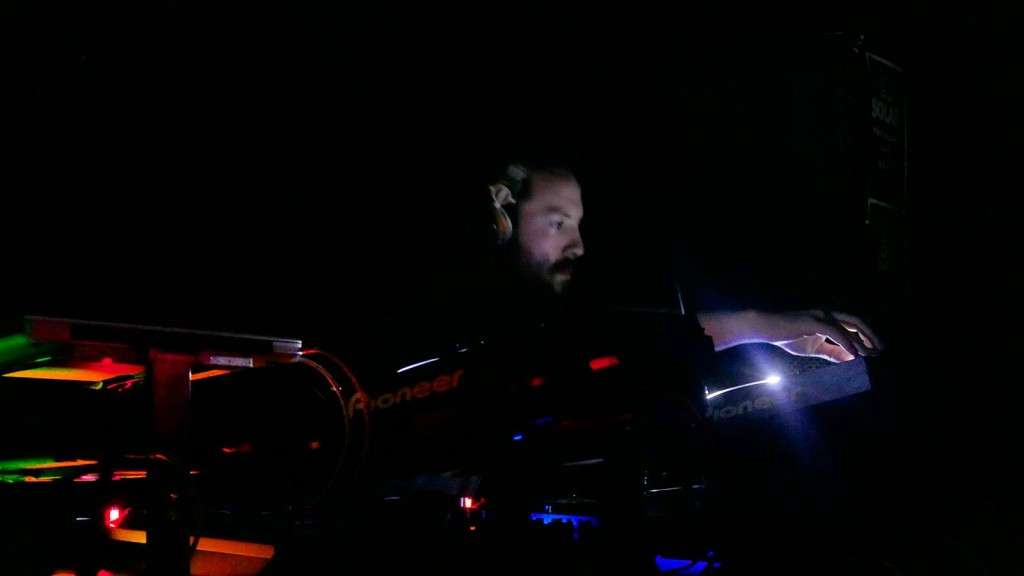 William Wardlaw: You write great weekly party previews for All Shook Down in the SF Weekly. When did you begin writing there? Do you enjoy the challenge of narrowing the many club nights into five recommendations?

Chris Zaldua: I started writing for SF Weekly in August of 2014, so a little over a year ago. Prior to that, I was writing party previews for 7×7’s online blog for a bit more than a year. I have also been writing about music off and on since I was a teenager, with stints on Brainwashed and a now-defunct site called Remote Induction. I do enjoy the challenge quite a bit: it’s a dependable gig that allows me to flex my writing muscles on a regular basis, and I get the chance to highlight all different kinds of lesser-known, underground talent that comes through San Francisco on a weekly basis. With that said, I’ve been looking for a way to shift gears a little bit such that I can use my column to shine a spotlight on all the things happening in our local scene, from home-grown producers and artists, rather than touring talent. We’ll see what happens.

WW: You’ve thrown Surface Tension parties in SF for two years now, and your lineups have featured acts like Silent Servant, Perc, and Shifted. How do you choose an artist to build a night around?

DJ CZ: Surface Tension is a collaborative effort, in tandem with some friends of mine (Nihar Bhatt, Justin Anastasi, Jason Polastri, and Damon Way) who used to throw a party here in San Francisco called Warm Leatherette, focused on post-punk and minimal synth. I really loved this party, and eventually, I got to know them and started pushing them to play more and more techno. Eventually, as Warm Leatherette was winding down, we came up with the Surface Tension concept, in which we feature darker, moodier, non-traditional dance-floor music. We have a perpetually growing list of “dream bookings,” and we’ve reached out to a lot of these artists to try and build a relationship with them and eventually get them out to SF. One of our recent bookings, for instance, Ron Morelli of L.I.E.S., was something we had been working on for almost a year. It’s mainly a matter of lining up all the round pegs and making sure they have corresponding round holes to fit inside. Timing is everything.

WW: You used to throw your events at Mercer but have recently used 1192 Folsom. What do you look for in a venue for a party?

DJ CZ: Really key for us, more than anything else, is the ability to operate past 2 a.m. That’s really essential for a techno party, in our opinion. The vibe just changes when parties go past 2, and it’s almost always for the better. Not a lot of venues in SF can work with us on this, and that was one of the key reasons we made the move over to F8 / 1192 Folsom. They’ve really been amazing to work with, basically giving us complete creative control, and they’ve continuously improved and beefed up their soundsystem (the other essential component of a good techno party). They’re also just the right size for the kind of artists we’re bringing to SF.

WW: How long have you been playing out as DJ CZ? How does being a DJ complement or inform your music journalism and event promotion?

DJ CZ: I think a little over two years — in fact, I’m pretty sure the first Surface Tension party two years ago was my first “official appearance” as a DJ. I spent most of my 20s fantasizing about DJing, but never doing it. Personally, I think DJing is just another side of the same coin as music writing and party promoting. It all comes from the same impetus: being obsessed with good music, digging deep to find it, and wanting to share it with people. DJing, for me, is about sharing the music I love with other people who will, hopefully, love it too. Writing about music is pretty much the same deal, just a different mechanism.

WW: I saw you recently performed at the Yerba Buena Center for the Arts at their Public Square event. Do you enjoy playing music outside of traditional music venues?

DJ CZ: I really love doing so, yes. Actually, in a lot of ways I enjoy “non-traditional” venues more than club venues. When I’m DJing in a club, I have one goal: get people dancing. When I’m DJing an art opening, or a house party, or fashion show, or something like that, I have a lot more room to maneuver, and I’m responsible for maintaining an atmosphere. Given that most of the music I love is atmospheric in some way, shape, or form, this means I have a lot more room to play music I wouldn’t be able to play in a club. It’s a nice change of pace. (But don’t get me wrong, I love making people dance, too.)

WW: You’re an editor at Restless Nites. Could you tell me more about the site and the cities you cover?

DJ CZ: Restless Nites launched almost precisely two years ago, by my friend Remy Marc, an event producer and DJ down in LA. Restless Nites’ first home is LA, but we launched in SF about eight months ago, with an eye to expand here and possibly further up the West Coast. Its core mission is simple — answering the question “What’s happening this week[end]?” Primarily in the realm of music and nightlife, but film, art, and more, too. There’s a weekly email blast you can sign up for (SF and LA), sent out every Thursday, and everything’s curated by myself and a team of other passionate geeks, so you can trust that everything in the blast is worth going to, no matter what you’re into. There’s also a good deal of resources available for party hosts and promoters — ticketing, private RSVP, that kind of thing — that we’re looking to build out further here in San Francisco.

WW: You’ve spoken highly of Kangding Ray’s live techno sets before. Where have you seen him perform before and what made it stand out?

DJ CZ: I saw him at MUTEK in Montreal, last year, on the first night of the festival. I’ve been a Kangding Ray fan since his first album, where he was exploring gentler, more introspective glitchy IDM textures, but that year’s album, Solens Arc, had either just come out or was just about to. Between Solens Arc and his work on Stroboscopic Artefacts, I became acquainted with a more techno-centric side of Kangding Ray. Live, he lived up to all my expectations. Performing on hardware, his set was heavy, dark, and richly textured, and it was amazing dancefloor music, too. He’s like the best of both worlds — music that tickles your brain and your feet — and not many artists can achieve a balance like that.

WW: You’ve recently written a few event reviews for Resident Advisor. How do you select an event to cover?

DJ CZ: It’s pretty simple, to be honest: I pick and choose a whole bunch of events that I think would make sense for RA to cover, suggest them all to my editor, and he lets me know what works. Hoping I get the chance to expand my writing for them in the future.

WW: You have an attraction to some of the more challenging ends of the music spectrum, like noise or IDM of the Autechre variety. Do you ever intentionally push a dance floor’s boundaries or are you just playing what you enjoy?

DJ CZ: That’s a great question. It’s a tough balance to maintain. I really love to push the boundaries of the dancefloor when and where applicable, and generally speaking, every time I push farther than what I think the audience can handle when I’m DJing, it has been received very well — crowds, especially in San Francisco, are much more open-minded than they tend to get credit for. With that said, I’ve certainly been on the receiving end of DJs who are clearly indulging themselves a little too much, getting weird for weirdness’ sake, and not thinking at all about the crowd. I try to always avoid that. This mix for As You Like It is my attempt to put together a “dancefloor-centric” mix that’s close to what I might play in a club, with a healthy selection of eccentric stuff to keep it interesting, including three of my all-time favorite IDM tracks (at the beginning, the middle, and the end).

WW: I read on your website a greeting to “All the weirdoes, freaks, dancers, lovers, queers, artists, hustlers, + castoffs keeping San Francisco interesting in 2015.” Are you worried about the displacement of the people who make SF unique but can no longer afford to live there?

DJ CZ: Most certainly. I grew up in Marin, in San Rafael, and spent a good amount of time coming up to San Francisco starting at a young age. SF was hugely important me in my teen years; I saw my first concert at the now-defunct Maritime Hall (it was either Front Line Assembly, or Front 242, and I was terrified to stand in a huge crowd of goths by myself), and I would take regular trips with my dad to Amoeba Records (when Mike Bee of Vinyl Dreams was stocking the electronica shelves there) and Aquarius Records to buy CDs and records, which I would transfer onto minidisc so I could listen to them while going on walks. Growing up, obsessed with the internet as I was, I discovered a rich electronic music scene in San Francisco: Kid606 and Tigerbeat6, Kit Clayton (still here), Matmos, Blectum from Blechdom, Sutekh, Safety Scissors, all the glitch-clicks’n’cuts stuff, and one of my favorite artists, Spacetime Continuum aka Jonah Sharp was from here, too. But I was too young to be able to go out and experience any of it in the flesh, so I had to experience it from a distance. At the same time, I dug into SF’s history and realized how much critical experimental and industrial music happened in this city or across the Bay (Throbbing Gristle’s last show, V. Vale and his RE/Search publications, Monte Cazzaza, Terry Riley, the invention of the Buchla synthesizer, Anton LaVey, etc., etc., etc.). In other words, in a lot of ways, a whole lot of my life has revolved around San Francisco’s music scene. I’ve only lived in SF proper for about five years now, but the mood has changed immeasurably in that short time. With wealth comes homogeneity, and as the amount of money in this city has skyrocketed, so too has a lot of its culture flattened out. But I’m not a naysayer, and I’m not giving up. Weird folk still abound in San Francisco, and I’m going to do whatever I can to ensure they have a place to congregate and cut loose.