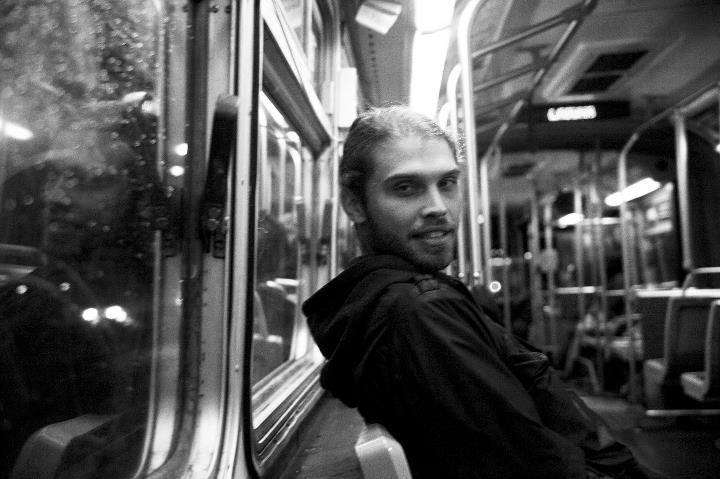 In preparation for our upcoming party with Nick Hoppner at Monarch, we’ve asked AYLI friend Tyrel Williams (SS Records, Housepitality) shared with us an exclusive podcast and interview. Tyrel first played us in 2011 shortly after his move to San Francisco from the ‘Windy City.’ Since then he’s become an integral member of the SF community, picking up residencies at Housepitality, as well as contributing with his own one-offs. Please take a moment to take in Tyrel’s podcast before joining us Saturday at Monarch or Saturday for our return to Chicago’s Smart Bar with the Pachanga Boys.

William Wardlaw: You played a recent five-hour set at Housepitality as Secret Studio with Bai-ee. When did the two of you start working together?

Tyrel Williams: Bryan and I go back about 14 years. We met each other through the scene in Chicago, but have only been working on music together for a little over a year now.

WW: Your Secret Studio releases have been on your own label, SS Records. How are you enjoying running a label that releases vinyl after 4 EPs?

TW: The main disadvantage to doing an all vinyl label is the waiting factor. We are typically waiting around 5 months to get a release back, but over all really enjoying it.

WW: How do you select producers and remixers to work with?

TW: I don’t know if we have a selection process. We have had lots of people in the studio, some click, and a record comes out of it. When D-Wynn came to play Housepitality, he came by the studio and Bryan got him to do a remix for us. The new Josh Elle EP came about because he added me on Soundcloud. I listened to his tracks and was blown away, so we signed an EP by him.

WW: In Chicago you had a residency at Smart Bar called Acid Test. How did that begin? Did you have a favorite guest you booked for the night?

TW: Acid Test was born when I started seeing tons of people getting rid of their records working at Gramaphone. I felt like more and more people were giving up on wax and resorting to digital, so I started the only all vinyl party in Chicago. For some people it was a hassle to play records, but for most they had a really great time and I felt like it started to get more people involved with vinyl culture again.

We had so many amazing guests play. I don’t think I could name a favorite.

WW: What makes a place like Gramophone Records special?

TW: I started shopping at Gramaphone when I was 18. I was living in the burbs still (about 50 mins west of Chicago) and would drive / take the train down as much as possible to get some fresh wax to practice with. I eventually started working for my dad making really good money, so I would go down every Thursday (when new records arrived) and spend almost all day there listening and buying records. I think that’s why they started liking me so much, because I was dropping at least $200 a week on records, ha. Anyways, Gramaphone is special to me because the people that worked there and shopped there became my family. Probably more so then my biological family. That’s why I feel so in love with this whole scene and community of people, because it became like one big family.

WW: You’ve told me about some great crowds you’ve played for in Vancouver. Where is your favorite place to play outside of Chicago or SF?

TW: Well, I haven’t played too many places outside those cities, but Hot Mass in Pittsburgh, No Sleep / DYN in Mexico City, and Culto in Medellin, Colombia were amazing gigs. Vibes are heavy in those cities.

WW: You are one of As You Like It’s most frequent guests alongside Jason Kendig or Carlos Souffront. Do you have a most memorable AYLI you’ve played so far?

TW: The first one I played will always be very special to me. It was the closing set after Nicolas Jaar at the old Gray Area building. I was really nervous and had a hard time hearing the monitors, but it all came together and the crowd was full of new friends that I just met after moving here.

WW: I know you sell some vinyl on Discogs. Do approach that a business, or are you mostly clearing space for the new records in your collection?

WW: When did you first discover Acid House?

TW: I first heard Acid House on old Derrick Carter, Mark Farina, and Miles Maeda tapes I was listening to in High School, but Al Brown (Acidman) was the first person to properly introduce me to Acid House. Al also introduced me to Adonis and from there the education was endless. Although, I am always discovering acid tracks I’ve never even heard of. I still feel I have a long way to go with my Acid House education.

WW: I enjoyed your Afterglow ambient mix. Who are some downtempo artist that you listen to at home?

TW: Rad! Thanks! That was inspired by the Afterglow chill out party in SF. I listen to a lot of weird ambient stuff at home. I have been listening to Psychic Ills “Mirror Eye”, Tangerine Dream, David Sylvian, Beach Boys “Pet Sounds”, and Alice Coltrane “Divine Songs” quite a lot.