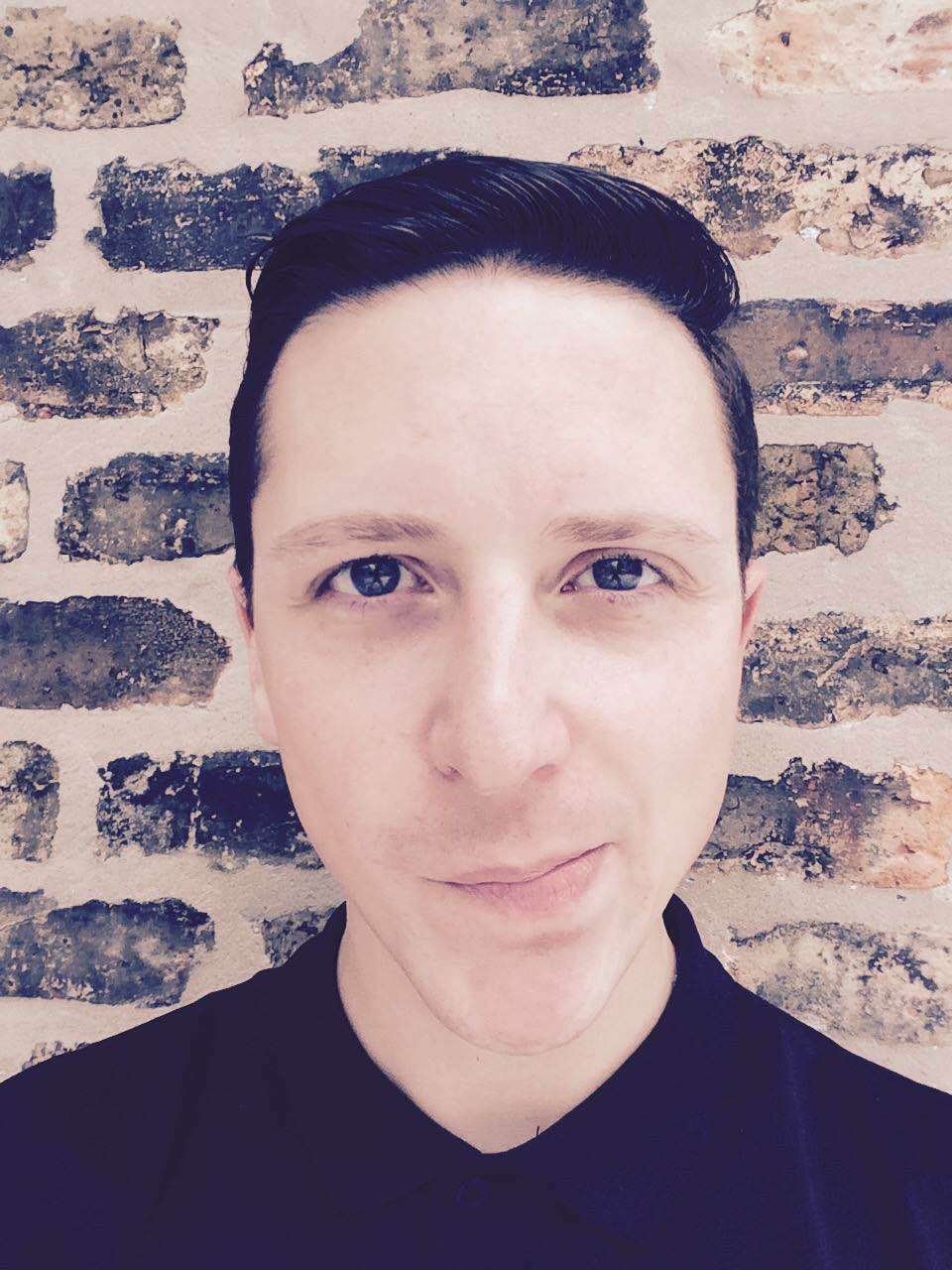 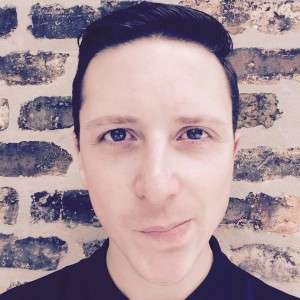 We’re excited to welcome back AYLI friend Jason Garden AKA Olin from Chicago for his second AYLI appearance. Olin first debuted alongside his Argot brethren The Black Madonna and Steve Mizek last year. Since his last appearance he’s continued to perform throughout across the United States and abroad, for example, alongside our friends from Giegling at the Fusion Festival.

With releases in the pipeline, a steady schedule of gigs lined-up through the year and his “day job” as the talent buyer at the illustrious Smart Bar, Jason keeps himself very busy. We’re honored and excited to welcome him back Friday to play alongside Kassem Mosse (live) at F-8.

Please take a moment to take in our exclusive podcast and AYLI social media coordinator William Wardlaw‘s interview of him in preparation for the big date.

William Wardlaw: You recently took over as the talent buyer for Smart Bar, which was previously handled by AYLI favorite The Black Madonna, who is now the club’s musical director. What are some events that you’ve been proud of so far, and what are some goals for future artists you hope to bring to Chicago?

OLIN: Well, it’s happening right now, but the “In Residence” series with Resident Advisor has been really great and features a lot of my all time favorites, include many first times for the club. So that’s always exciting — to get someone you’ve musically lusted over for ages in to play the room you love so much.

Outside of that, I’m actually really excited by all of our special partnerships, all of our special partnerships (AYLI being one of four alongside Discwoman from NYC, Honcho from Pittsburgh, and Interdimensional Transmissions out of Detroit.) They’re all groups and people that I respect IMMENSELY, so being able to work with them and help them realize their vision on a new dance floor is very exciting.

As far as goals, I’d love to get Surgeon and Jeff Mills back in the room. Both are real damn hard to come by in the states, so I’d feel pretty good about those “gets”.

WW:You have two more events in March at Smart Bar for RA in Residence, and performed with Roman Flügel and Tin Man (live) this past Saturday. That’s a big honor to be among 12 of Resident Advisor’s favorite dance floors in the world. Do you have anything special planned for these nights?

OLIN: I suppose kind of the irony of the series with RA is that they really just want want to highlight what makes the club the club. And while I’m sure The Black Madonna and Harvey is going to be absolutely ridiculous, it will still just be smartbar doing smartbar.

WW: Can you tell me more about your residency Slack? I like the idea of a night dedicated to letting DJs explore the range of their tastes with a more open format and extended sets. What was the inspiration?

OLIN: As mentioned, the idea is to give DJs I really respect a nice, long extended set to just really explore the dance floor. The inspiration are people like Optimo, Gerd Janson, Ben UFO, etc… who, to me, really embody what being a DJ is about: being a genuine lover of music and being able to thread all the music you love together into a great time for those who may not be quite so obsessive.

I certainly try and be at least a tenth as good as those DJs and definitely pride myself on broad taste, so that’s the general inspiration.

WW: I enjoyed your conversation with Resident Advisor’s Ryan Miller for Abstract Science Radio. As someone who is normally is a DJ and producer, how comfortable is it to be interviewed about music and your work?

OLIN: I’m quite comfortable. Music is, quite literally at this point, my entire life, so talking about it rarely feels like a chore. I would say I definitely like talking about my own work less than I do talking about music generally, but I wouldn’t say I’m uncomfortable doing either.

Not to get too DJ Sprinkles on you (a person who I respect greatly, btw), but music is also inherently political for me so it only seems natural to talk it out, even if the discussions aren’t explicitly political in nature. You can never truly disconnect it from the people who create and interact with it.

WW: There was an article earlier this year from Thump declaring ’Smart Bar’s 2016 Residents Are Better Than Your Guest DJs.’ How does the Smart Bar team decide who to invite to have a residency at the club?

OLIN: Honestly, most of the people who are residents have been frequent DJs at the club for years (some of them decades). For us (us being Marea and me), I think it is a combination of being an exceptional DJ, (usually) good producer, and then also a person we just enjoy being around. So much of what makes smartbar, and by extension our residents, great is that they care deeply about the institution and community, which makes them easy to work with and makes the overall “product” much better for everyone. That said, there are several DJs and producers who aren’t necessarily official residents who I know I would consider invaluable members of the greater smartbar family. I would say that’s as much of a factor as anything: just generally being a positive, proactive contributor to whatever it is that we have going on in that little basement.

WW: You recently had the chance to play a Boiler Room dj set that was great. Did you have a particular theme for the set? Did you find the cameras distracting while playing?

OLIN: I mean, I went into it knowing I wanted to bring the party a little bit, so there was definitely more of an house and disco bent to it. I wouldn’t say I had much of a theme after that. I knew I wanted to play “Stop Fantasy” and, selfishly, “Bring Back That Feeling” but outside of that, I just did what I always try and do when I DJ: bring good records and play them at the right times.

The camera was a little distracting, but I kind of got used to it. I tried to just remember to look like I was having fun (because I was) so it wasn’t TOO boring for everyone to sit there watching me get the records on beat. I was lucky in that the crowd was actually quite enthusiastic and responsive, so that helped me treat it a bit more like a regular DJ set and just play to them and just their reactions.

WW: You have an amazing looking event coming up at TV Lounge in Detroit for the smartbar x Resident Advisor Movement Opening Party & BBQ. Do you have a history with attending that festival and playing in Detroit?

Yes! I’ve been every year since 2009 and it’s become such a beloved tradition for me. I actually met Marea (The Black Madonna) there (on May 24, to be exact — we celebrate our friendship anniversary on the Saturday of movement, even though it’s usually not on the actual date when we met).

But yea, I’ve played in Detroit a handful of times and it’s been such a great place to play music for me. I’ve met so many interesting, creative, thoughtful people that call Detroit home that it’s kind of hard to keep me away, these days. Many of my favorite producers and DJs are products of that incredibly unique city.

WW: Your ep ‘De Bus/Lift’ was the first release on AYLI resident Sassmouth’s record label God Particle. You’re both Chicago DJs and Smart Bar residents. How long have you worked together, and do you have plans to work together more on tracks or remixes?

OLIN: I’ve known Sam since… gah maybe 2010? A mutual friend of ours, Punisher, had been sending Sam my tracks unbeknownst to me, so when sam moved back to Chicago and told me how much she liked my work I was honestly really surprised but also very excited and honored. She had been living in London and I had heard a lot of talk about how awesome she was and what a great DJ she was, but I’d never really been able to place that myth in reality till that point. She asked me to do the first record for her label, something that I was more than happy to do. I also did a remix of Covio’s “Turkey” on god particle 003 that is definitely a favorite track of mine.

As far as the future goes, I’m always happy to work with Sam and would love to do something with her, but it’s one of those things where the stars kind of have to align in terms of me making tracks that are a good fit for the label and it being a good time for the label to do another release. I suspect it’ll happen soon!

WW: You played in Pittsburgh for Hot Mass to celebrate a release on a local label Detour. I’ve only heard amazing things about the parties there. How would you compare the house and techno scene there to Chicago?


OLIN: I would say the philosophy is very similar in that it is meant to be a safe space for people to come and experience community in whatever form that may take for them. Some people just like to go out and dance by themselves all night. Some like to roll up with friends and enjoy a nice on the dance floor together. Most probably prefer things somewhere in between. But no matter who you are, as long as you’re not interfering with someone else good time, you’re welcome.

Gotta shout out the DETOUR folks, as they’re incredibly hard working and kind and I want to congratulate them publicly on their new residency at Hot Mass!

WW: I loved your ‘Funk Excursion Mix’ for the Discovery Recordings podcast. You recorded it live at Smart Bar. Do you think there is room for more funk, soul, and disco in clubs that specialize in house and techno?

Sure! Our “format”, if you can even call it that, has plenty of room for funk, soul, disco, whatever. Like most things in life, playing that kinda stuff is about picking your spots. Disco was my entry into dance music, so I’ve always kind of rejected the idea that there is some divide between the live dance music of the 60s, 70s, and 80s, and the more mechanized dance music of the 90s on into today. I would say Chicago as a scene really typifies that kind of eclecticism. There are so many DJs who can do more than one thing really well that if you’re not at least trying tackle more than just a few micro genres, you’re probably behind the curve.