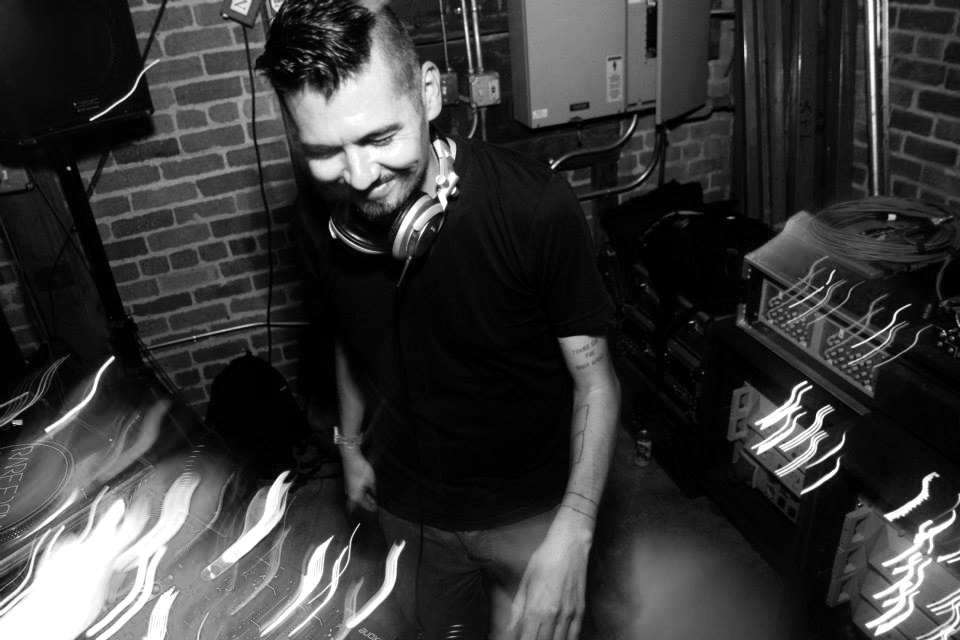 Johnny Igaz AKA Nackt is an integral member of the AYLI family. Alongside being an artist, who sometimes performs at our parties, he can be found contributing in many ways to AYLI, such as working door-shifts, making last minute errand runs to save the day, or as simple as being a voice and an ear in the production process. We’re excited to share with you an exclusive podcast in preparation for his upcoming booking alongside of Leon Vynehall and Jeno at Monarch. Please take a moment and dig into this interview by AYLI Social Media Coordinator William Wardlaw of Igaz and podcast. Quality.

William Wardlaw: When did you first start performing and producing as Nackt, and what inspired the name?

Nackt: My first gig as Nackt was in 2012. I had been using my real name for other projects, and I was coming off of a production partnership, so I wanted to start fresh and do something solo. Nackt means “nude” in German — I just liked the sound of it and I wanted to do something more raw, less sampling and more just stripped-down drum machines and synths, so it felt like a good fit for this project.

WW: You were one of the co-founders of Rare Form, which threw excellent underground events. Do you have a favorite memory from those parties?

Nackt: There are magic moments from each party, but my favorite moment was Halloween in 2014. The Black Madonna was the headliner, and I had been contacted by a lighting person who was in Oakland, touring with a major act. He did lasers at The Fox the night before (a venue roughly 10 times the size of our warehouse!) and he was a fan of TBM, so he wanted to do some lasers for her set. When TBM came on, he blasted the place with these insane bright lasers, and the power draw was too high, so the circuit blew! The music was on a different circuit, so the tunes continued playing but the place was pitch black — it seemed completely planned! Until we realized there was actually an issue and had to get the lights back on.

Another amazing memory was captured in this write-up of our second party with Mike Servito, but Derek Opperman tells it best in the SF Weekly.

WW: You currently promote events with Outpost. How did Outpost begin, and what are some future events you have planned?

Nackt: Outpost started as a small, Sunday night monthly at Underground SF, we’ve been steadily building and growing for 2 years now. I had been doing Rare Form in Oakland, and I wanted to do a regular party in SF as well. Outpost isn’t tied to a sound or a concept, so it allows us to book a really broad variety of artists, we like to book live acts when possible, but there’s really no rules behind Outpost. No current plans on the horizon, I like to do parties when they make sense and are exciting, rather than do something regular and feel tied to a date. Keep in touch with Outpost at www.outpost-sf.com

WW: You’ve performed Live PA’s in the past with CM-4. Do you have plans for playing more live sets coming up or are you focusing on production and DJing?

Nackt: Yes, I’m working on a few different configurations of live sets — some solo and some with other partners. My setup is quite a lot of hardware to manage for one person, but I like the self-imposed challenge of performing without a laptop. I’d love to tour with a live hardware set, but it’s a bit too much to take on a plane, so I need to re-tool the setup for a proper tour. For now, I’ve been producing and DJing a lot, but I do miss playing live and I hope to have a new live set ready real soon.

WW: Your tape Virex for 100% Silk last year was great and got some nice press. Did you have a particular goal for that project? It feels very live and improvised.

Nackt: A big goal for me with the Nackt project was to get away from the computer. I had been building towards a live hardware set for many years, and finally I was able to execute the concept. All of the Virex sessions were live hardware jams that were edited down for length. There’s a few overdubs here and there, but for the most part the goal was to capture the spontaneity of playing the instruments live, the sense of urgency and ‘happy accidents’ can’t be replicated to me. The other big goal was just to collaborate more with other local artists, which I did! Over half of that release features local collaborators CM-4, Michael Claus, Doc Sleep, and Jason Key. It was a real treat to work with 100% Silk as well, been a fan of that label for years, so it was a real dream come true how all that came together. Shout out to Cherushii for sending my demos on and making that release happen!

WW: Recently an unreleased production of yours was included as the closing track for the Left Hand Path mix featured in the highly respected music magazine The Wire. What’s your history with that publication?

Nackt: I was heavy into avant garde jazz growing up, and Wire was like THE publication for that stuff. I don’t know of any other magazine that has a dedicated “CD-R” review section. Wire covers all the great fringe music, from free jazz and abstract hip-hop to noise, experimental, etc. I’ve been reading that magazine since high school and it’s helped inform a lot of my own changing and growing taste, exposing me to tons of great new music that’s off the beaten path. Real proud of the Left Hand Path guys for garnering that recognition, it’s a huge honor to have a tune featured on their mix! My song is on last, it’s still unsigned and it’s a hot one, so labels get at me 😉

WW: You work at Waveformless, a synth shop on Temescal Alley on the Oakland/Berkeley border. What’s your favorite piece of equipment you’ve had a chance to play around with at the store?

Nackt: Definitely the Macbeth M5. It’s a semi-modular synth, similar in style and layout to the classic Arp 2600, but it’s a good bit bigger and it sounds UNREAL. I had a LOT of fun playing with that beast, you could get some beautiful tones just pushing the internal spring reverb a little bit too far. I also loved running the 606 through the filter and opening the cutoff with a trigger, so that certain beats would shine through more or less. That thing is amazing!

WW: You have a passion for UK bass music, especially of the Swamp 81 Records variety. Are there some new artists from that scene that have been exciting you recently?

Nackt: To be honest, I’ve been digging back a little further lately, trying to fill in the 90’s gaps in my record collection. Everything Boddika puts out is gold to me, I love the new Benny Ill release on Swamp81, and Mickey Pearce just did a great LP for them as well. But the records I’ve been most excited to find recently are a bit old and played out! I just got Azzido Da Bass – Doom’s Night and Wildchild – Renegade Master, these are both like 15 or 20 years old. I’ve also been playing Sueno Latino a lot lately (it’s in the podcast mix at 33 mins), a classic from 1989! A good tune stands the test of time…

Keep in touch for new music and dates, all my links are at www.nacktmusic.com.