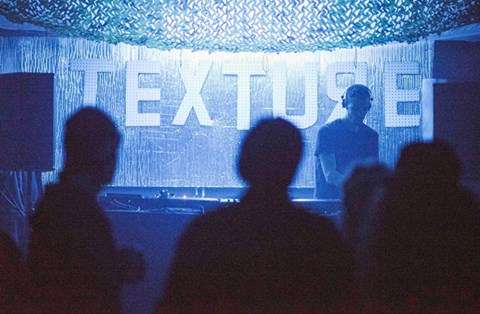 BY CHRIS ZALDUA
On February 24 at Monarch in San Francisco and March 10 at Grenadier Club in Detroit, As You Like It collaborates with rising Detroit party series TEXTURE for BLOOM, two events that showcase some of underground electronic music’s rising stars (Dr. Rubinstein, Shady P) alongside established artists who skillfully tread the circumference of several genres at once (Galcher Lustwerk, Erika).

To celebrate the occasion, AYLI invited Texture co-founders and resident DJs Jacob Park and Shady P to dish a little bit about what Texture’s all about, the concept behind Bloom, and what lies in store for them. Moreover, Texture resident Shady P — who also co-founded a Detroit-based record label, How To Kill Records, and has released a handful of his own records on labels around the world, with more on the way — contributed the latest installment in the AYLI Podcast series, a hazy, 90-minute journey through dubby, muted techno — that, to this listener’s ears, owes as much to the fog of the California redwoods as it does to the grit of urban Detroit.

CZ: Tell me about Texture. How did it begin? What’s it all about?

JACOB PARK: Someone once said to me, “This music is so flat,” referring to a tech-house DJ playing some bullshit party. That comment somehow stuck with me for many years and has shaped the way I listen to and play music. I started TEXTURE because I was seeing and hearing the same thing every time I was going out in Detroit – it was flat. Life has emotion, life has ups and downs – so should music.

When I was young and introduced to electronic music (Konception by Plastikman was when I really understood it), the dance-floor became a place of personal exploration for me. I found a mental space and clarity that did not exist for me in day-to-day life; it was a place that explored a different variation of space/time, one that inspired me in a way that I never imagined.

TEXTURE started, in part, to inspire the community, through spatial design and theatrical elements, to look at the world differently, even for a moment. To show that we didn’t have to go out to the same spaces, have the same drinks, and have the same conversations over and over again. Nightlife is about exploring; exploring new social arrangements, concepts, and personal exploration brought me to the community, so this is what I wanted to give back. In my eyes, it was becoming as repetitive as my parents going to an office job during the week and church/temple on the weekend, and most people didn’t even seem to realize it.

The other fundamental pillar to TEXTURE is music programming. It is our goal, first and foremost, to bring together cutting edge talent (local, domestic, and international) that contrasts ideas in ways that can inspire new connections.

We are shaping experiences.

CZ: What’s the scene like in Detroit these days? How is the city, musically and otherwise, and how does Texture fit in there?

SHADY P: Detroit is an interesting city, as always, although I think the reconstruction has changed the city as I know it permanently.

Texture is unique in its combination of spatial curation, music programming, and intense preparation. This year we brought a diverse range of artists who are on the cutting edge of house/techno/electronic music, including several Detroit artist debuts. I think music is generally built on a succession of new ideas and exposure to new influences — which is important for our scene. For example, The Cure & Joy Division were both started after the founding members went to see the Sex Pistols in the infancy of their fame; I think that hosting cutting-edge sound & forward-thinking DJs really works to make our events unique and inspiring.

In many ways, I would say Texture is an outlier in Detroit right now. The thematic spatial elements we bring to each event try to push the boundaries of how we, and our guests, interact with space and time. Also, equally important, is showcasing a healthy balance of local guests with great record collections, taste, and skill (who aren’t going to phone it in playing some cheesy tech house promo pool shit or top Beatport tracks). I think having those people with music knowledge and interests are integral to the development and future of Texture — and they reflect the personal philosophies that our team shares.

CZ: How did the idea of collaborating with As You Like It come about?

SP: The idea of collaborating came about because I have known “the Jeremy’s” for years — Linden actually went to college with my younger brother I believe — and have played for them multiple times, in Detroit & SF. I think they have excellent taste in music programming, so I introduced them to Jacob and the Texture project.

CZ: These two Bloom parties feature an interesting, diverse spread of artists booked — what drew you to them?

JACOB PARK & SHADY P: The Bloom events feature a diverse spread of artists because they reflect where the cutting edge of dance music is without compromising on where our interests lie. The two lineups mirror what AYLI and TEXTURE are booking for all of our events. We also wanted to make sure there was one AYLI resident and one TEXTURE resident on each lineup.

CZ: Shady P, tell me about this podcast — is it indicative of your typical DJ sets?

SP: This podcast is indicative of what I would consider to be a respectful opening set — it was recorded at Marble Bar opening for Patrick Russell. I don’t really enjoy playing the same set or style ever, so it’s important for me to always play a lot of new (to me) records. I have to keep it fresh for myself, and for the audience. I want to be able to play what is appropriate and fun for the situation, and I definitely stay away from trying too hard to get the crowd — you just have to play the best records.

CZ: Tell me more about what drives the both of you as DJs. What kind of sound are you looking to showcase?

JP: Since I don’t produce music, I think my focus in DJing is all about what I would want to dance to in the club. I have been to clubs all over North America, Europe, and the Middle East, and been fortunate enough to experience the dance floor in all of these places; I try to bring this diverse outlook on dance/club culture to each set I play. Nightlife, especially dance culture, is rooted in escapism. Many people are going out to release themselves from the stress of daily life, so I try to make sure each set is unique and gets the crowd moving.

SP: I think for me the concept of Midwestern dance music and techno is always present in all of my work. We grew up listening to everything in my childhood; even the DJs when I first started going out had a very diverse setlist compared to today. It wasn’t necessarily all over the place, but I don’t think as a DJ I can confine myself to one genre or style & be true to what I am trying to do. There’s a lot of one-trick pony people out there, and that’s a shame. I think separating myself sonically from other artists here has been easy, but developing my own sound through the record labels and releases I have coming out is the real challenge.

CZ: Shady P — I know you’re involved in How To Kill Records, a new-ish record label. Tell me more about the label — it doesn’t sound quite like anything else out there right now.

SP: I co-founded How to Kill Records, alongside The Friend who also has released on Apollo as Simple, and Remote Viewing Party, who are playing Movement in Detroit this year. You could say Marshall Applewhite is a huge part as well, since he & The Friend invented sludge [ed.: the slow, chugging sound How To Kill specializes in] & he is the most consistent contributor, appearing on every record so far. I think the label really came from having a unique and fun approach to dance music while not wanting to make a record that sounded like anything else. We wanted it to be deep, heavy, textured, and experimental — those are all reasons I got into making music in the first place. I look forward to making the next record with these guys, since we’re a bit overdue. I also have my side-project, The Catholic Press, which is a bit more focused on sound design in techno, and is another outlet for a different kind of music of my own. A big part of it is owning your own art, and I think the journey it takes to produce a record is so satisfying, especially when you are curating and releasing it yourself.

CZ: What new music is making the both of you freak out — dance music or otherwise? What’s got you really excited right now?

JP: I really dig the new Tornado Wallace LP on Running Back for home listening, and also the new Quavius and A Tribe Called Quest releases for cruising in the car late night to the club.

SP: I honestly don’t listen to or buy a lot of new music; I am pretty behind in the cycle of promos and all that. I don’t listen to much techno unless I am buying records or dancing, and recently I started doing my own edits — so a lot of the dance material I have checking out are all proofs of my own material. However, I am excited for the new Anthony Parasole and The Black Madonna albums. I am excited for my album to drop this year on Clan Destine as well. The Friend has some new stuff that’s going to drop on cassette I believe, and Marshall Applewhite has a new record that is just about released. Also, Remote Viewing Party has a track on My Baby, which is run by TV Bar’s Mister Joshooa — I would peep that if I were you.

CZ: What’s next for Texture?

JP: Besides Bloom, we will both be playing 3 DJ gigs in Germany: March 31 for Cologne Sessions at Studio 672 in Cologne; April 6, to be announced in Berlin; and April 7 at Arena Club in Berlin. At the end of April, Shady P will be playing a huge soon-to-be-announced show in Germany (this one will keep you on the edge of your seat). We are also hosting our first TEXTURE Movement after-party — which will be on Saturday May 27 at Marble Bar – keep your eyes peeled for the lineup on that one.

SP: There is also another Catholic Press record coming soon with this new guy from NYC — I am really excited for that & the next How to Kill Record. Truthfully, we can’t talk about most of the projects were working on and super excited about — so if you’re interested in what we’re up to, follow our Facebook/Instagram/Twitter for live updates.