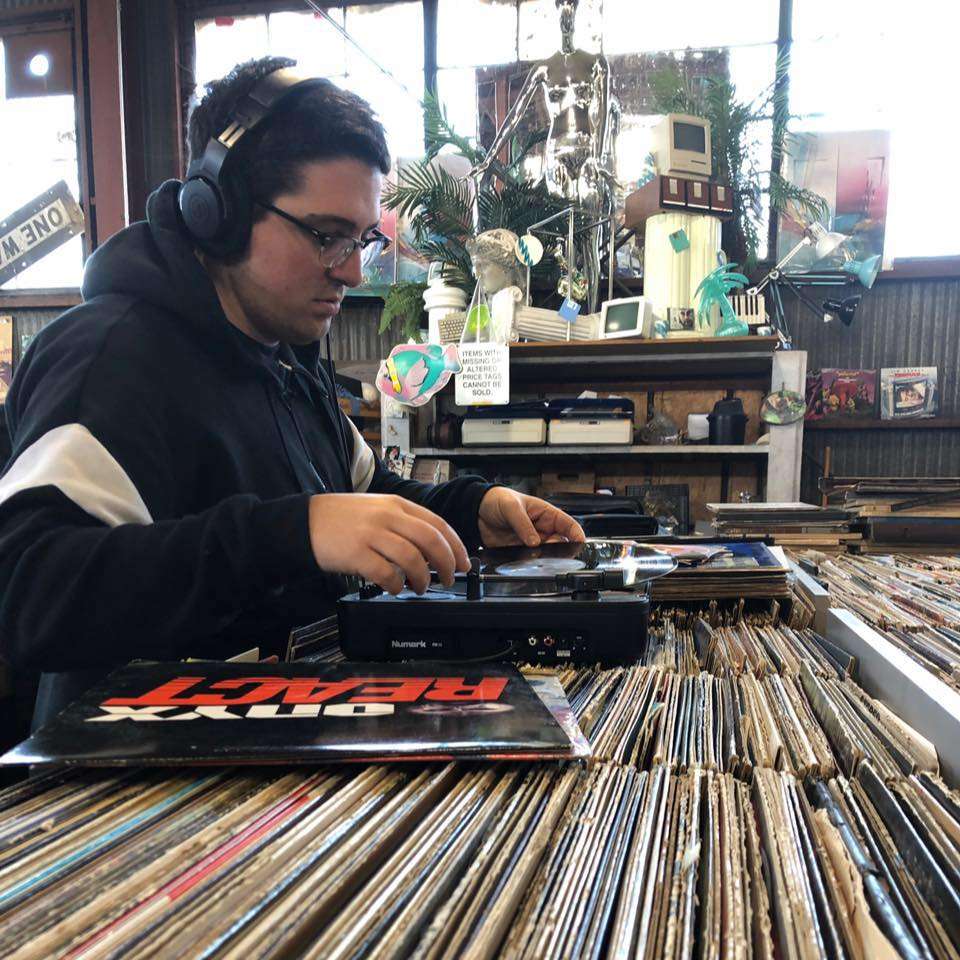 Cassidy Martin, aka CM-4, is one of the Bay Area’s quietest talents. He’s been DJing for over a decade, trading often in UK-derived sounds, dabbling in heavy bass music, garage, and jungle. He’s also a talented producer, crafting acidic deep house early on in collaboration with Nackt (Johnny Igaz), and lately working on pitch-perfect renditions of ’90s UK rave sounds.

He’s also a founding member of Revive The Night, a grassroots, collaborative effort to keep the Bay Area electronic music community on the radar during the otherwise total blackout of the pandemic. The RTN team produced a 56-hour long virtual festival showcasing local artists and DJs alongside national talents that saw thousands of attendees raise over $45,000 in funds, donated directly to local venues. It was a community effort through and through, and a testament to Martin’s dedication to the Bay.

He contributed the latest edition to AYLI’s Ground Level podcast series — tune in below and read on about his work with Revive The Night, and his hopes for 2021 and beyond.

AYLI: Tell us about who you are as a DJ. What kind of music do you play and what was your inspiration behind the mix?

CM: My name is Cassidy and I’ve been djing as “CM-4” for about 6ish years. Before that, I DJ’d under other names/collaborations for a total of the last 11 years in the Bay Area. I try to not limit my DJing to “genre”. I collect all sorts of music from Rave Hits to NuMetal. I just like stuff with a lot of energy. This mix was inspired by sitting inside my house and DJing for myself a lot. There’s a lot of dubby and bassline-oriented tracks, which I tend to lean towards for DJing club music.

CM: I threw a party in SF called “Outpost” for a few years. We also had a tape label. I’m also a co-founder of “Revive the Night”.

AYLI: Earlier this month, Revive the Night held a fundraiser for local venues to assist in weathering the pandemic. Can you tell us how this event came to be and your involvement in this initiative?

CM: My partner, Bailey, started a Zoom chat with a bunch of Bay Area music people where we brainstormed how could we support local venues to either receive funding or lobby for local legislature to help protect independent venues from closing. We realized that none of us were really legal experts, but all had some sort of background in video/event production. We thought that the best use of our energy would be to throw a virtual fundraising festival to raise funds and awareness about how much independent venues are struggling during the pandemic.

We ended up producing over 56 hours of content that was streamed over the course of an entire weekend earlier in December. In total including money sent directly to venues, we raised around $45k! Currently, all of the venue’s GoFundMe pages still exist on our website and people have been continuing to donate to them since.

We are excited to share that we are currently in the process of applying to become a nonprofit foundation in which we hope to continue to support our local dance music scene. The goal is to expand efforts to not only ensure venues, but independent artists and promoters are supported as well. In general, strive to make sure the future of the scene in SF is sustainable for everyone.

CM: There’s a lot of talented local musicians that have to work double to grind to be creative while still making ends meet. I think that while the environment can be challenging at times it grows a lot of dedicated musicians.

AYLI: With the Covid-19 virus impacting society, an activated social justice movement, and the economy in tatters, there’s so much uncertainty in the air. What do you hope to see happen going forward?

CM: In terms of the local dance music community, I think that while this year has been a challenging one the Bay Area needed a break from the breakneck economic changes that came from the app-based tech boom we’ve experienced over the last 5-7 years. I could envision the Bay Area feeling similar to after the Y2K boom and the housing crisis of 2008 where rents, housing, and cost of living are more affordable for artists to be able to do their thing.

AYLI: Would you mind sharing the tracklist for your mix?

Stones Taro – When the Sleeper Awakes