BACK TO ARTIST ROSTER
NONCOMPLIANT 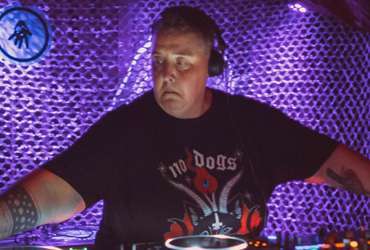 As her moniker implies, she takes no prisoners, channeling the fury instilled by worldly injustices into blistering, defiant sets.”– Mixmag2017

Raised in small town Indiana on a musical diet of 80s synth pop and punk rock, Noncompliant soon found barnyard raves and warehouse techno parties and (as DJ Shiva) quickly became a fixture of the fabled 90s Midwest USA raves cene. Two decades and a  name change later, she is at the top of her techno game. Mixmag named her one of 2017’s Top 20 Breakthrough DJs. She owned a packed and sweaty Boiler Room during Movement Detroit, turned in mind-blowing mixes for Slam Radio, Discwoman, and Resident Advisor, and quaked some of the world’s most respected dancefloors like Smartbar Chicago, Amsterdam’s DeSchool, Concrete in Paris, and Berlin‘s legendary Berghain. Her festival appearances include Unsound, RedBull Music Festival Paris, Movement Detroit, and Whole United Queer Festival. As a producer, her releases and remixes on labels like Valence, Argot, Flash, and Dark Entries have pounded sound systems worldwide, with her tune “Women’s Work” landing on Fiedel’s official Berghain 08 mix and on his label Fiedel two. At her core, she is a die-hard techno fan with a deep love for music and a drive to continue honing her craft as a DJ and producer in order to share her favorite music with people on dance floors everywhere.