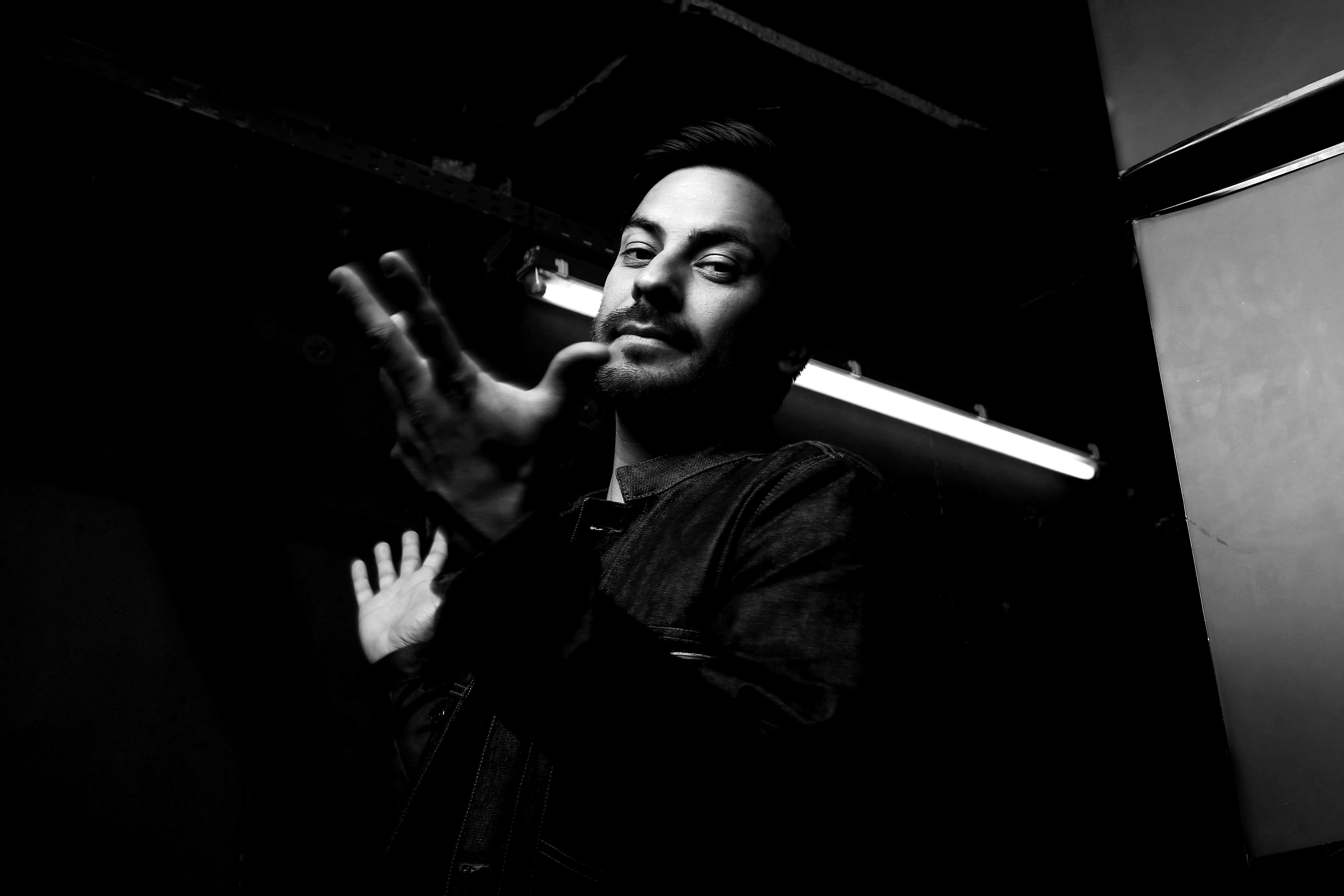 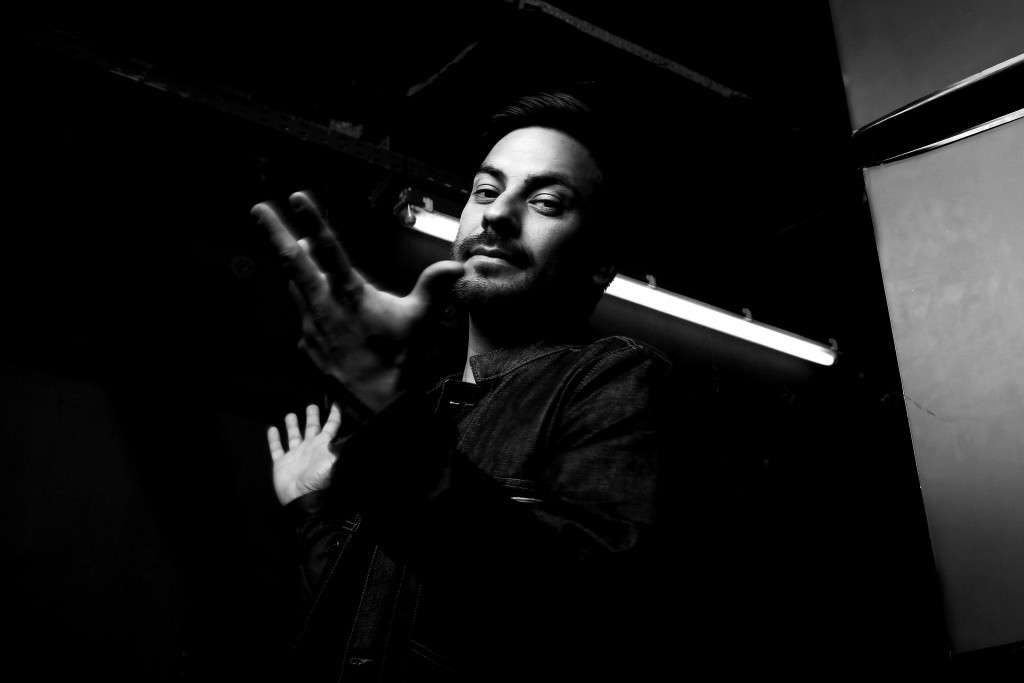 Bay Area native and current Berlin resident Marc Barrite AKA Dave Aju is one of our closest friends. He’s been with us since before AYLI’s inception and the introduction of Circus Company Records through Barrite can be felt throughout the last five-years. We’ve previously released both LIVE and DJ recordings of his. In preparation for his Bay Area return alongside Creme Organization’s DJ TLR, he’s shared with us an AYLI exclusive podcast and was interviewed by AYLI’s William Wardlaw. Barrite’s own musical influences are clearly present throughout the mix and interview. We look forward to his AYLI return next week. Take a moment to dig in for a taste of what’s to come. Quality.

William Wardlaw: It must be fun to return home to the Bay Area from your current home in Berlin. What’s something that you look forward to about the Bay Area whenever you’re back?

Dave Aju: Family, friends, the food, the ocean, the air. I’m a Bay native so it naturally feels like home, in a lot of ways. It’s always nice to visit, but never quite often or long enough.

DA: We’d always been friends since way back in the SF scene heyday we were all active in, but got much closer since relocating. Their humor and antics ease any homesickness that kicks in from time to time and it’s always a blast to play DJ sets together. We all wanted to do something collective that was more just for fun and not so serious, SSS is a perfect outlet for that.

WW: I saw on RA that the three of you along with Marc Smith also have a project coming out in early 2016 on Intimate Friends as KAMM. Are you planning to record more together?

DA: Yeah, the KAMM project is very inspiring, and we plan to do much more with it for sure. I think because it goes beyond the clubland limits much of our respective solo stuff has and feels truly collaborative and adventurous in a musical sense, it’s a breath of fresh air for us all, really happy with the debut LP for Intimate Friends, very special project.

WW: Your new album “Black Frames” was released by Circus Company, a label you’ve been working with since 2003 and on your earlier two albums. How do you maintain a great working relationship with a label for over a decade?

DA: Circus Company is my extended family personally and professionally. We realized early on that even though I’m from the Bay and they’re from Paris we are real kindred spirits, in love with music, art, and life very similarly. It helps that we get along so well of course, it’s always a pleasure to work together and I’m sure we will until the end.

WW: As a vocalist on your own productions, do you have some favorite singers that you look to for inspiration?

DA: Not being an actual trained vocalist myself I have a lot of respect and admiration for lots of different singers out there in all kinds of music styles, but I guess the ones that inspire me the most in general would be who I was raised hearing as a kid – folks like Bill Withers, Stevie Wonder, Billie Holiday, Roy Ayers, WAR, Earth Wind & Fire.

WW: I enjoyed the video for “Bee’s Birth” off the new record. Was the concept for the video yours? What location did you use for the shoot?

DA: Thanks, it was a real treat to work on that video. The concept was mainly the vision of the director who wanted to take it in this darker, surrealistic and cinematic way. There were a few other ideas and plans before this one, but I was fascinated with how it gave the song another angle and dimension, and the production is really well done, shot on location in a quarry just outside Paris with a full film team.

WW: You’ll be playing a DJ set for this AYLI, but I’ve also enjoyed your live sets at past AYLI events. What equipment are you using in your live performances these days?

DA: My live setup consists of the same basic elements as always, with an emphasis on vocal processing and some added drum machine and percussive elements. I’m currently starting work on a new one for next year that will stretch it out musically a bit more with some live players as well.

WW: Your “Heirlooms” record was in part a tribute to your father and the jazz music he performed and loved. Who are some of your favorite jazz musicians?

DA: Yeah, there are so many of course, but hmm I guess the main three for me would be Miles, Coltrane, and Monk.

WW: Who are some favorite local Berlin artists that you discovered after moving there? Has living in Berlin influenced the sound of your DJ sets?

DA: I’ve met loads of peers and fellow artist while in Berlin of course, though many are of course expats from different places like myself, for some of the actual local Berliners there’s Max Graef and Glenn Astro and that whole crew doing cool stuff and Hauke from Session Victim who lives just up the road and introduced me to some nice record shops for digging. I’ve always kind of done my own thing sound-wise so not sure the city itself has influenced me, but the format of DJ sets being longer and more drawn-out has certainly played a role in reshaping the way I play. Never really thought too much about it before, but playing a 2hr set in a 6hr night like in SF vs playing a 4-5hr set in a 12hr night in Berlin makes quite a difference in pacing, mixing, and selections.

WW: You used to produce hip hop beats, and that influence can still be heard in some of your tracks. Is there a dream MC you’d want to collaborate with at some point?

DA: Hmm, for dream MCs collab maybe the Freestyle Fellowship cats, but for dream overall hip-hop collab would be Shock G from Digital Underground, in my opinion one of the most brilliant and underrated producers and talents in the game for years, so much versatility and musicality in his work, it can be fun and crazy then deep and politically minded, deeply-rooted in his influences or sound like future soul music from other planets. Plus he’s from the Bay for extra link, so a collaboration of some kind is on my music career bucket list for sure.