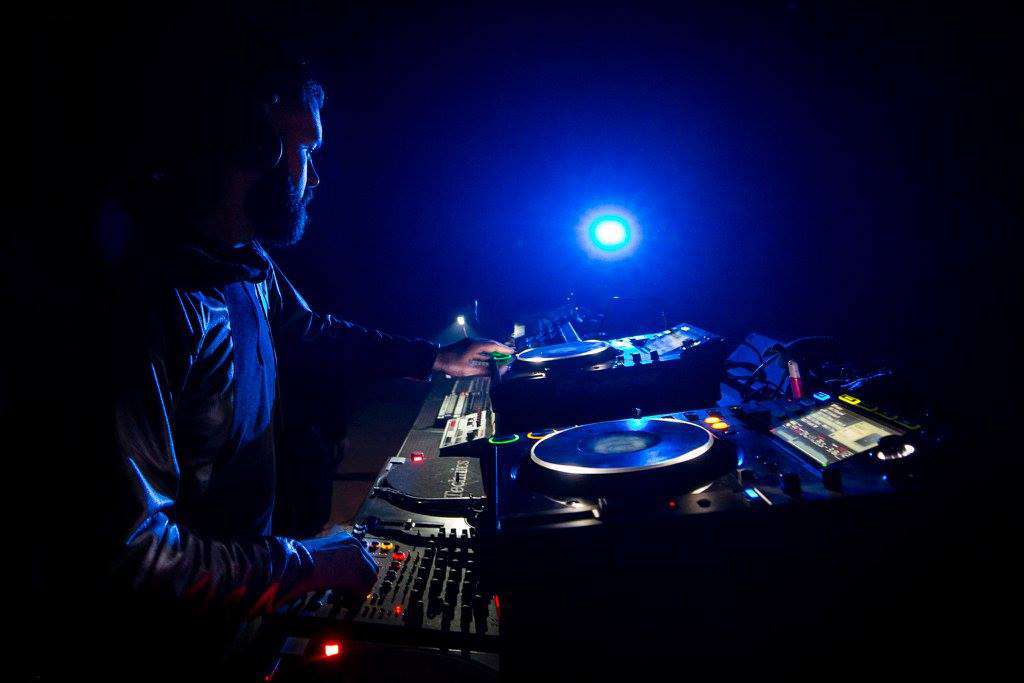 If you live in the United States of America and you are concerned with underground dance music (read: the good stuff), then chances are you have heard of (or better yet, been to) Hot Mass.

Hot Mass is a weekly after-hours party (taking place every Saturday night — or Sunday morning, to be pedantic) hosted in a gay mens’ bath house in Pittsburgh, PA. Thanks to the tireless efforts of four crews (Honcho, Humanaut, Detour, Cold Cuts) who each host their own monthly party at the space, Hot Mass has become the stuff of techno legend: intimate, sweaty dance parties with world-class DJs (plus America’s finest rising stars), in a small space, with a top-notch soundsystem, featuring a caring, curated crowd, that runs till the wee hours of the morning — every single week.

Aaron Clark is a key member of the Honcho and Humanaut crews, an excellent DJ, and one of the main reasons Hot Mass has become the force that it has. He contributed the latest installment to the As You Like It podcast series, and will appear behind the decks this Saturday, Mar. 25, alongside Peggy Gou, Mike Gushansky, and Chvck, as As You Like It takes over San Francisco club Audio. We caught up with Aaron to learn what makes him tick as a DJ — and what makes Hot Mass so special. Read on:

CZ: Tell me about Pittsburgh these days. From my limited vista out here in California, it seems to be experiencing something of a renaissance — music, food, culture, you name it.

AC: Yeah, I think it’s an interesting time here. Pittsburgh isn’t without it’s problems, but it’s a very easy city to dig into and create something in – very malleable. People here (and the institutions they work with) are generally supportive of new ideas. It’ll be really interesting to see where things go from here now that there is real momentum.

CZ: Give me the brief layman’s history of Hot Mass. How did it begin? How has it changed over the years?

AC: Hot Mass was a bit of an accident. Back in 2011-2012, we were looking for a space to throw afterparties in since our main events closed at 2 a.m. We were tipped off to talk to a bath house, Club Pittsburgh, as they had a party space that they’d done late night stuff in. It was a super weird room. We didn’t even know where to put the DJ booth — it was more of a cruisy labyrinth of walls and hallways. But they were open to it, so we did it. Kirk Degiorgio played the very first party there and it just popped off. No parties really had a history of going past 4 a.m. here prior to ours, but that party just trucked on to 8:30 in the morning, walls dripping. It was intense — clearly a unique energy in that room. So we kept with it.

Eventually the club asked us to take it weekly, which sounded awful to me at the time. We decided to pull together four different crews, each booking one week per month in a co-op format to share the burden. We operated under one brand, with the same cover each weekend. Decisions are made as a group. We wanted to present it as a cohesive club that was good any weekend — and to downplay the specific promoters. “Hot Mass” officially launched in December 2012, and we haven’t missed a weekend since. We have slowly upgraded it as we’ve been able to save up the money. I think its current state is probably as maxed out as it can get at this location. But then again, we said the same thing two years ago, so who knows.

CZ: And where does Honcho specifically fit into the overall Hot Mass picture? What kind of musical parameters does Honcho look after?

AC: Honcho is the “ode to bath house” party, geared towards gay men (but we’re totally queer/ally friendly!). Music is anything goes. Our tastes are wide. We’ve had stuff as deep as Dorisburg, and as turned up as Kingdom. Generally, we stick to 4-on-the-floor, though. And I’d say that Honcho as a crew has really grown into a pretty specific sound lately.

CZ: Every single person I’ve spoken to about Hot Mass, either as partygoer or selector, tells me there’s simply nothing else like it in the States. Why do you think that is — what makes Hot Mass so special, and how have you managed to maintain that vibe and atmosphere?

AC: I’m not sure there’s one thing to hang it on. I think we just lucked out: The right space (a gay bath house), a hungry city at the right time, the right crews on board, solid veterans of the music scene here who still support and don’t kick the new kids around, a high level university layer with Carnegie Mellon. Pittsburgh is not pretentious. People from all walks of life party in a very tight space together. There really isn’t room in the club for any attitudes, and anyone who tries to bring bad energy usually finds their way out the door pretty quickly.

CZ: It seems to me that American underground techno and house is stronger and more relevant than ever. But from my point of view, the biggest challenge we face in the U.S. is simply how big this country is — how easy it is for both coasts, and the Midwest, to do their thing without interfacing with each other. Do you think this is changing, and are there any ways in particular you think our underground scene can improve in supporting each other?

AC: I can only really look at the U.S. as a whole, but I think it feels pretty connected as of late. I think our recent strength stems from how these far-flung regions have started to connect with each other on a deeper level. As much as we curse social media, it is the glue. It’s easy to keep up on what’s going on — what worked somewhere and what didn’t. As for how to support each other: We need to just keep telling each others’ stories. I see a lot of showcases popping up where one American party will host another one, and I’d love to see more of those types of things. They build community and allow us to tell each others’ stories to our different crowds. Each city does it with their own unique twist.

CZ: What are you like as a DJ? How have you grown, and where do you hope to be?

AC: I don’t know. I try to adapt to what’s going on. I seem to gravitate towards tracks with heavy kicks, funky bass lines, lots of percussion. I like stuff that is hypnotic. I think as a DJ I’ve become more fearless in mixing style and programming over the years thanks to Hot Mass. I hope that continues. I’d like to be better organized and get to know more sub-genres. I don’t want to produce my own music, but I’d like to be able to make some edits here and there. Beyond that I think my future is more based around making this scene sustainable, so that it passes itself on in a healthy manner.

CZ: On that note, tell me about your AYLI podcast. How’d you put it together, and did you have a specific goal or statement in mind?

AC: The last year or so Honcho (the crew: Clark Price, George d’Adhemar, and I) have started to tag together on the road. We struggled a lot at the beginning and still do. We’re never really in the same city very much either, so it’s hard to find time to sit down and play music with each other. But these gigs have really forced us to prioritize that — learning each other’s styles, talking through where we want to be, finding the central overlapping point. That point is where my head has been lately, so this mix is a reflection of it.

CZ: Is there any new music you’re really, really feeling — dance music or otherwise? What are you listening to lately?

AC: I’ve been pretty bad at following new music, to be honest. I keep tabs on what our friends are putting out on their labels as their production matures. There’s a lot of beautiful stuff. Bocaj from Deep Club keeps blowing my mind. There is some fire coming from my Humanaut partner Tony Fairchild‘s new label “Was / Is.” But most of my time spent on music research is pillaging American back catalogs. I missed a *lot* of earlier dance music and I’m trying to digest it all. I find myself gravitating towards ambient a lot lately for background music or times when I need to focus. Digging back through everything Pete Namlook did. I couldn’t tell you the last time I bought something outside of electronic music – nothing has really grabbed me yet.

AC: That you all don’t quit. Whether it’s the changing economic landscape of the city or gut punches like the Ghost Ship tragedy, the Bay Area keeps pushing and inspiring. I always come home completely refreshed.

CZ: Last but certainly not least, if I’m here for the secret techno sex, are you the right person to speak with?

AC: I think I can point you in the right direction.