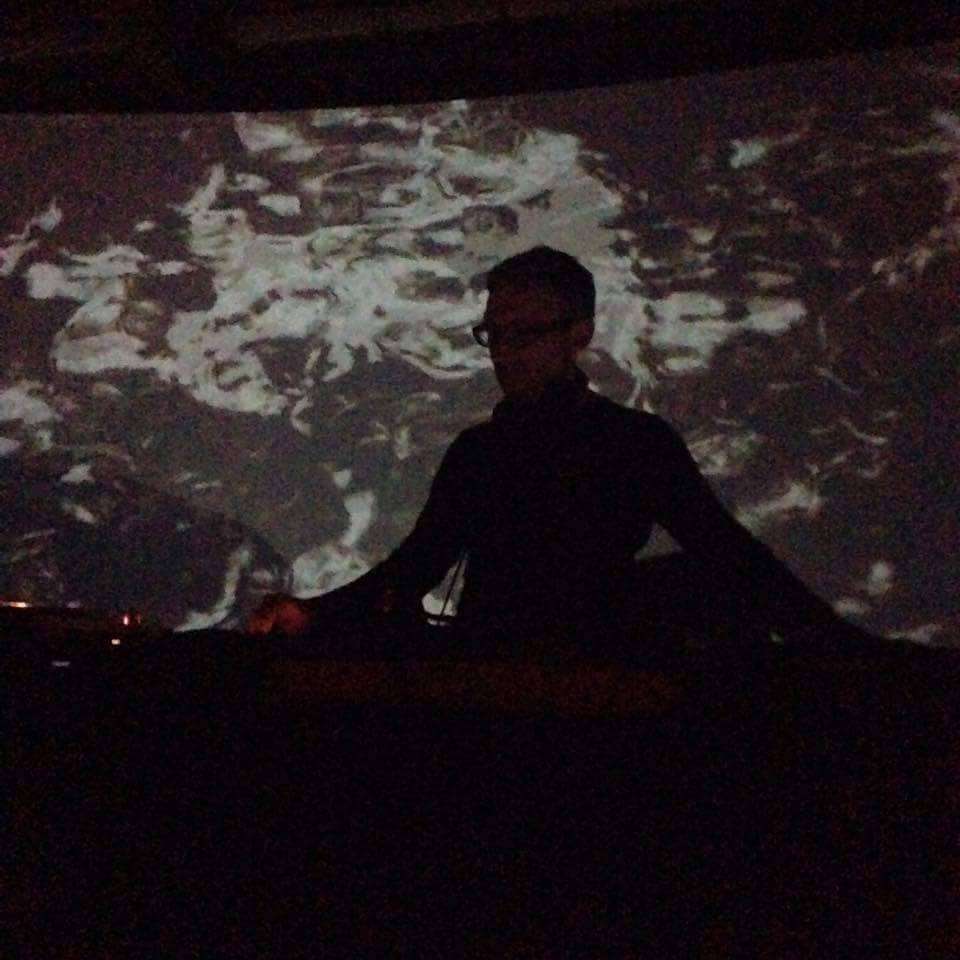 
The latest edition of the AYLI Podcast is a special one — introducing David Siska, the newest As You Like It resident DJ.

Siska’s not a household name, but he’s no stranger to DJing, having spent a long stint in the crucible of American DJ culture, Chicago, and helmed his own radio show, Sonic Sunset (more on both below). His record collection is meticulously selected, spanning a range of deep, melodic sounds hailing chiefly from the American and British traditions, a number of which you’ll find included on this mix.

Siska’s one of those DJs that time and time again manages to convey his own signature sound with his DJ sets — it’s like listening to the sound of a digital symphony while standing on the bow of some transnational space station. (Not to oversell, but Siska knows what he’s doing.)

Read below to learn more about Siska’s background and DJ philosophy, and to learn more about this stellar mix, which he dedicates in full to the memory of the peerless Chelsea Faith, aka Cherushii, one of the many boundless artists we lost in last year’s Oakland fire. He’ll make his debut as an As You Like It resident on June 30 at Monarch, supporting Kassem Mosse, Mor Elian, and Experimental Housewife.

CZ: Tell me about where you’re from. I know you spent a good long time in Chicago, which seems to have had a deep, lasting impact on your music tastes (and your DJing).

DS: Well originally I’m from Pittsburgh, which, in dance music terms, never enjoyed anything close to its current stature as the Hot Mass headquarters, although growing up there had its privileges. In retrospect, considering it was the pre-online world, it was amazing to hear some of the rave-era DJs in this mid-sized city playing records that they must’ve either mail-ordered over the phone direct or bought from some shop in another US city or Europe. On the one hand was Dieselboy, who played early UK hardcore at the time, and on the other was Deadly Buda who lent the most subversive edge to techno music I could even imagine at the time – with the music so new and rapidly changing. And Chicago is where I really got deeply ensconced, devoted lots of attention to techno in this house music city, and then dug into the roots and reasons why this music I heard in Pittsburgh even came to exist – and I forged a musical identity as a DJ through this exploration.

CZ: When did you move to the Bay Area? Similarly, how has the music scene out here affected your tastes and proclivities?

DS: I moved out here in 2006 after having visited for an extended period six years earlier – and one musical thread I’ve followed during my time living here has been recapturing the feel of this place that I got over that first stay – not in a literal sense as in what music was being played, but more in the sense of the Bay’s spirit, one of unmatched freedom from judgment and restriction, and support and normalization of the subversive and flamboyant. As I’ve lived here for longer, I’ve encountered pieces of the deeper musical history of the area (Don Buchla, tape music, Terry Riley, etc.) that point to the true roots of the avant-garde. I can relate these aspects of the music to my overall taste more deeply than the dance music I initially encountered here – which at times struck me as semi-commodified weirdness in a pop form rather than something more substantive.

CZ: In my mind, you hail from a certain lineage of DJ — specifically the “’90s American-Midwest vinyl selector” school of disc jockeying — and I wonder if you’d agree, or disagree, or think I’m nutty for even trying to build a box like that to begin with.

DS: Haha, I was told when I played my first gigs after moving here that my sound was Midwestern – and that wasn’t necessarily a favorable comment! Not only that, I didn’t even recognize it as such; it was just the way we heard people play records in the midwest, it’s how we play, and it’s the sort of music that moves us. Back before I moved to Chicago, I listened to an old tape from SF’s DJ Simon more times than I can count, but putting aside the fact that it had lots of breaks on it, the style was creative, diverse, and with attention to the mix and flow; no bail-out transitions, no staying in the same groove for too long. That’s not a regional thing – that’s just good, interesting DJing.

CZ: Tell me about your Sonic Sunset mix series and radio show.

Sonic Sunset started as a radio show in Chicago hosted by myself and Matt MacQueen in around 1999-2000, and went off the air in 2006. We posted our weekly shows online starting in about 2003, and after we went off the air, we continued to periodically post mixes on the site.

At the time of the radio broadcast, we were two sides of a coin that formed a musical continuum that resonated with people all over the globe, as it turned out. Our clear intersection of tastes was Chicago house and Detroit techno – and from that axis, Matt went dustier, funkier, deeper into the roots – and I went spacier, pure electronic, lots of old drum tracks and dubbed-out techno. Over time we gradually looped back towards one another stylistically, which made for some fun tag-team sets – many of which happened in the Bay.

CZ: Tell me about your AYLI podcast — how’d you put it together? Did you have a specific vision in mind?

DS: This mix came from a couple of places. One was trying to match the diverse feel of the AYLI events, and another was honoring Chelsea Faith. I don’t know if I’ve played out in the last two years without thinking I was putting a cut on that she would enjoy.

CZ: What do you look for in a good DJ set? What makes the most memorable DJ sets stick out in your mind, either live or studio mixes?

DS: It’s a combination of selection and flow that does it for me (and I’m extremely picky). In a live context I also really love energetic sets that move quickly across tracks and land upon mixes where the tracks hit together just right, or when DJs drop music I know into a set in an unexpected way.

CZ: You’re the newest As You Like It resident DJ. Is there anything in particular you’re excited about as far as commanding the vibe for AYLI?

DS: I’m excited about the prospect of selecting within all different types of line-ups, and AYLI mixes it up well. It’s also awesome to be a resident alongside extremely talented long-time friends!

CZ: What are some new records that have got you excited, dance music or otherwise?

DS: I’m pretty into the Autocreation reissue on Medical, which continues my apparent infatuation with anything related to Seefeel. Staying the course on the 90s ambient trajectory, the Heavenly Music Corporation reissue has some great moments. On the strictly new-release tip, I’ve grabbed a couple of records I’ve enjoyed by Aquarium / Deepspace. And despite it being more of a splash last year, Skee Mask continues to crush it.

CZ: Lastly, since you’re an SF resident, let’s delve into controversial waters to end the interview. What’s your favorite taqueria, and why?

DS: It’s a sad state of affairs, but I need to go to more taquerias before I’d feel qualified to answer. Burgers, we can discuss.