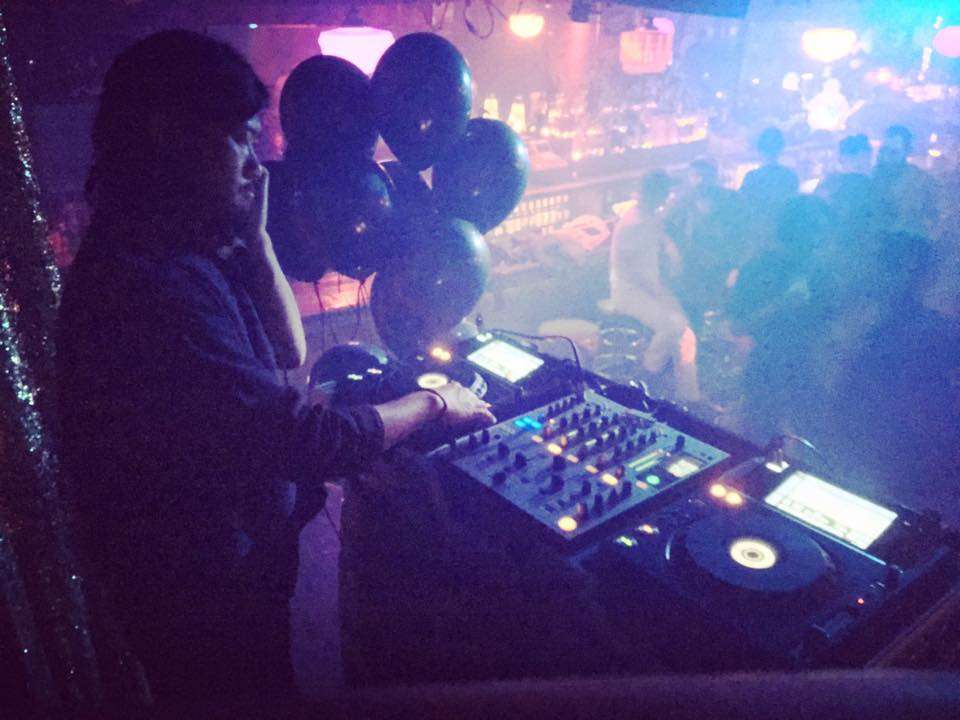 Bézier is one of a kind. The alias of one Robert Yang, Bézier is an Italo-disco-inspired, synthpop-styled, science-minded psychedelic techno project … for lack of a better description. There’s simply no one else out there who sounds quite like Yang does.

Beside his visionary and idiosyncratic live techno sound, Yang is also a skilled DJ (formerly known as Robot Hustle), one-fourth of the renowned Honey Soundsystem collective, who will be celebrating their tenth year in operation this November.

The Honey boys are but one of many names decorating As You Like It’s seventh anniversary marquee lineup, taking place this Friday, Sept. 25, at The Midway in San Francisco’s Dogpatch neighborhood. To celebrate the occasion, Yang recorded this latest AYLI podcast and answered a handful of questions about what goes on behind the curtain. See you on Friday — it’s going to be one for the books.

CZ: First things first — where are you from? I know you’ve lived in the San Francisco Bay Area for quite some time. What’s kept you here for so long despite the challenges involved in living here?

RY: As far as beginnings go, I was born in Rhode Island to immigrant parents from Taiwan. We moved to Southern California when I was about 3 or 4 years old (memory’s a bit vague now) and we lived in the eastern suburbs of LA county in Diamond Bar. We eventually moved to Upland CA, where I finished high school, and then I went to UC Irvine for undergrad. I lived about a year and a half in Silverlake after college, but having a real need to get out of my comfort zone, I moved to San Francisco in October, 2005. In SF, I have been able to achieve a lot in little time. Maybe because I showed up as an outsider or stranger, no one really paid attention to what I was doing — or there wasn’t a lot of baggage associated with me yet. This enabled me to do a good deal of things without dealing with red tape, so to speak. But I’m still here because SF is truly my home. My safety net is here and people I’ve bonded with are also my family.

CZ: I’ve always been fascinated by your chosen moniker, “Bézier.” Some very basic research tells me that it refers to a specific type of curve in mathematics and geometry. Why did you choose this moniker, and how does it relate to your music?

RY: I spent over a decade in SF as a data/business analyst. One day, I was working on a visualization project and was researching ways to forecast data. I randomly came upon the Bézier Curve (which is intended more for visual mappings and graphics), and the idea behind it was so fascinating. At a fundamental level, it looks a lot like a sine wave, but it is also variable and can increase in complexity towards a complex waveform. I think of life as a big variable sine wave with peaks and valleys — and in doing so, I’ve sort of incorporated this concept into my day to day life.

CZ: Tell me about your musical history. Have you been playing music all your life? What was your first encounter with electronic music, and what inspired you to begin working with synths?

RY: There was a story that when I learned to walk, I was already moving in time to music my parents would play. I definitely recognized a beat at an early age. As soon as I witnessed my cousin’s piano rehearsals at 6 years old, I begged my parents every day to get me musical lessons. I started off with violin, but the structure was too rigid for me, and I was a nightmare for the teacher to deal with — I was running off to play video games with his kids during lessons! He stopped teaching me after a few months, and I ended up playing in band classes throughout elementary-high school, first on the saxophone and then electric guitar with various bands after high school.

When I started college in 1997, I went to my first rave in San Bernardino. I was shocked to see how many people from my junior high home room were there. Even people I never got along with were coming up to me and giving me hugs and kisses. At that time, my friends and I were discovering Warp Records, Rephlex, Skam, Björk and listening to a lot of Radiohead and My Bloody Valentine. I had a VHS tape of a live Björk show at Shepherd’s Bush Empire [a London venue] and watching the tape I was transfixed on the electronic setup of the band behind her — who were, in fact, the former members of Black Dog and Plaid playing on towering synths. I wanted to have a setup like that and dreamt constantly about it, until it finally came true.

CZ: Similarly, tell me about your roots as a DJ, and tell me about how your practices as both a DJ and a musician inform and relate to one another.

RY: As college was quite formative for me, I had a roommate who had already started a DJ career playing school dances and the club across from our college campus, Metropolis — where Doc Martin would play occasionally — and he would bring back to our Newport Beach apartment equipment, records and sound systems. His mentor was DJ Pegleg, because he literally had a peg-leg. I hated his music — it was progressive house crap. He did teach me how to beat match very early on, however. I went to all his shows and watched him manage everything from performance, to socializing, to payouts. While he was working on his career as a DJ, I spent most of my time in my room, learning how to record electronic music into Pro Tools with various cheap gear. Less than a decade later, I moved to SF, and I had already accumulated so many records in college that I decided I’d become a DJ with a full time job to pay for my studio equipment. In the end, I guess my college roommate was quite influential in getting my musical career sorted out. Thanks Zachary!

CZ: Let’s talk about your AYLI podcast. What’s it all about? How’d you put it together? Did you have a particular statement or message you wished to convey?

RY: I’ve been trying to clear out a lot of records in my apartment and in the process of organization, I kept coming up against a slew of late 90s-early ’00s electro and hard techno records I’ve been hoarding — DJ Bone, Erotek, weird Breakin Records acquisitions, and beyond. I wanted to see how these records fit in with some of my more recent pickups and create a mix that gives another slice into my record collection.

CZ: One thing I’ve always loved about your DJ sets is simultaneously how broad and specific your taste is. You pull from so many different sounds and scenes but have a well-defined range that brings it all together. What kind of DJ do you consider yourself to be, speaking generally?

RY: Generally speaking, I am bored with all music. I think tracks on their own don’t really say much to me. But placing music in context, or even in an atypical zone, new data points about the music’s meaning start to crop up for me. I always treat my sets as a kind of psychedelic moment — mainly for me, but hopefully for anyone listening, too.

CZ: You have one of the most astonishing touring schedules I’ve ever seen, playing live gigs all over the Americas, Europe, and Asia for months at a time. How do you handle life on the road, and is there anything in particular as a live musician that you’re hoping to accomplish?

RY: Touring is rough, and I don’t want to complain, but sometimes I do feel like I’m not quite built for it. It’s one of my primary ways to pay the bills since I left a desk job a year and a half ago, but I’m also just starting to get my bearings together. The main benefit of touring for me are the long-lasting friendships I get to make. I try not to rush from one gig to another, ideally having time to hang out for a day to a few days to connect on a human level with people who are open to you, and vice versa. Maybe there’s also a feeling on the road I may find a significant other … haha!. But if all else fails I just try and find a nice sauna and steam room whereever I am and just decompress.

For the live show, every year I reinvent the show based on my findings. I’m constantly optimizing whenever I play live. Setup-wise, I hope that it becomes a natural thing where I can show up to a venue with both my gear, or my stack of music, and plug in without much effort. Musically, I want to be able to hit all the right chords on an empathetic level.

CZ: What is some new, contemporary music you’ve discovered that really speaks to you, dancefloor-focused or not (or both)?

RY: Anything that Dark Entries puts out I am really into — he’s kind of helped shape the Bézier sound over the years. I’m into the stuff Pinkman has been releasing, especially the new Retrograde Youth. I think in Latin America, there is going to be some heavy hitters coming out soon. DKA Records has been my main staple for a few years now, and the releases from Aufnahme + Wiedergabe really speaks to me, too. Also, Ascetic House out of Arizona had some good recent releases like the new Din EP.

CZ: Let’s say you have a full day without a damned thing to do — the ultimate lazy Sunday. How do you spend it and what do you do?

RY: I would probably spend the day progressive eating and enjoying a few glasses of rosé in the park.