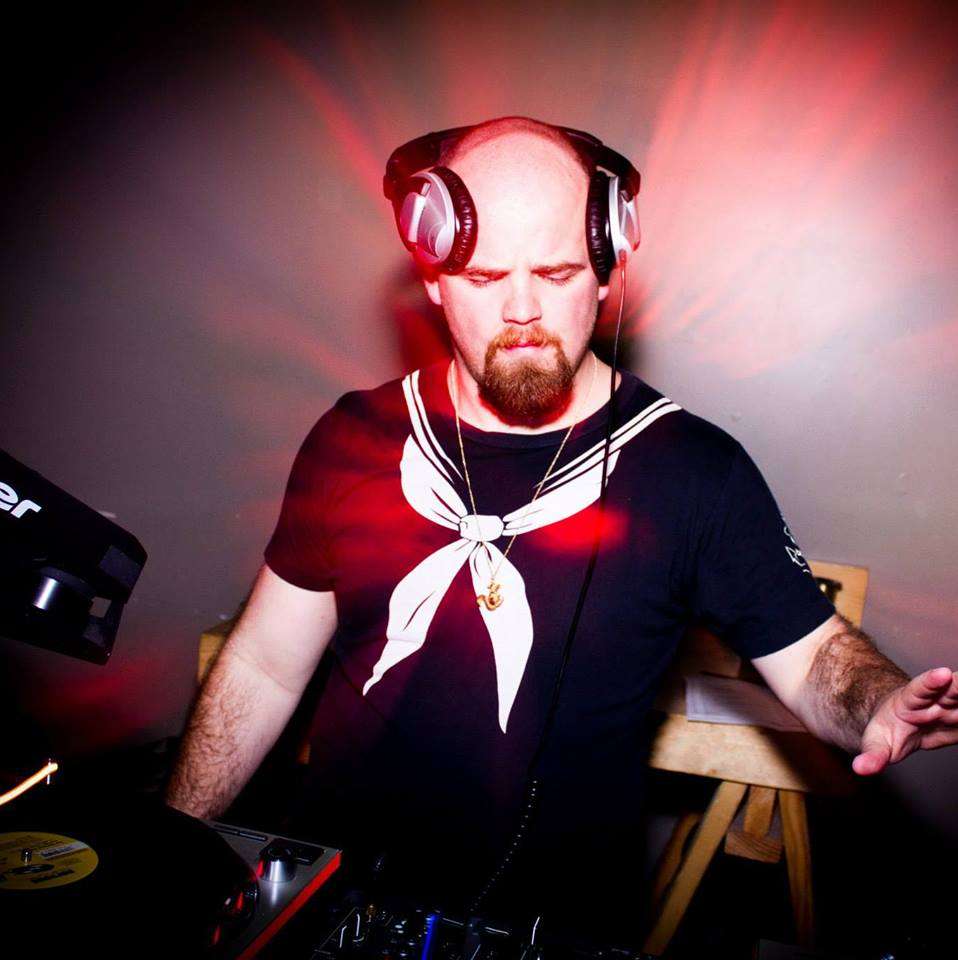 If you’ve been keeping tabs on some of San Francisco’s newest (and hippest) queer parties, you’ve probably danced to Trevor Sigler‘s selections. The SF transplant has steadily built his profile as a DJ, producing his own work meanwhile. We caught up with him to figure out what he’s up to and what makes him tick.

He goes deep in the zone on this latest mix for As You Like It’s podcast, delivering slinky tunes interspersed with rolling house grooves — fine stuff for late nights (and early mornings).

On Friday, Dec. 1, he joins Maya Jane Coles, Mike Servito, and AYLI residents David Siska and Mike Gushansky for a full-club blowout at Public Works. Advance tickets for that one are recommended — find them here.

Chris Zaldua: Tell me about where you’re from, and how you made it to the Bay Area.
Trevor Sigler: I’m originally from Boise, Idaho. I moved to the Bay Area in 2009 to get my Bachelor’s Degree in Audio Production. San Francisco had always been a place I’d wanted to visit. So after a short visit in February of 2009, I made the move just a few months later. After doing some research and having visited cities like Portland and Seattle, I felt like SF was the place I could really be me.

CZ: And tell me about your roots with electronic music. When did you fall in love with dance music? What brought you to DJing?
TS: I got into electronic music about a year before I moved to San Francisco. I wasn’t huge on dance music when I moved here, but slowly started warming up to it after I started going to different parties. I eventually started playing around with some rack-mounted American DJ equipment and wondered how anyone in the world ever mixed on those things. I was fairly green, and knew I couldn’t afford any vinyl or a pair of CDJs. I had a laptop, so I bought a cheap Traktor controller. I soon met Jacob Sperber (aka Jackie House) at Deco Lounge, when I was working the door and he was DJing an event. His set there, and ultimately experiencing my first Honey Soundsystem at Paradise Lounge, is what really made me get serious about DJing.

CZ: Do you produce your own music besides DJing? I know you also co-founded a record label for a time — Friends With Benefits Records alongside ex-SFer David Sylvester. What other projects are you involved with that we should know about?
TS: I do produce music! I actually started producing in 2008, back in Idaho, when I could get into the AV lab at school. FWB Records is where I had my first release (2013), a self-titled album I worked on for my senior project in college. Back in 2015, I stepped down from throwing a quarterly party in LA so that I could focus on production. A few months after that, Jacob asked me if I wanted to join in on a studio that he was renting. Since then I’ve been working on remixes and producing original content. Most recently, I produced a remix for The Fool’s Stone on Death By Rainbow.

CZ: For you, what makes a great, memorable dancefloor tune? What kind of music particularly resonates with you, and inspires you to share it with others?
TS: I generally gravitate toward tracks that have a solid groove and cover most of the frequency spectrum. I also enjoy melodic stuff, and definitely have my guilty pleasures. Lately, I’ve really gotten into tracks that aren’t strictly 4×4. I listen to all kinds of music — sad, somber music ticks all sorts of boxes for me. Sharing music with others is something that I’ve done since I can remember. I get a lot of joy from sharing music with people. Especially if it’s something that really leaves an impression.

CZ: Can you tell me about your work as a promoter here in the city? Which parties are you involved in? How did you first start getting involved?
TS: I’m currently involved with the Romper Room parties, based in Oakland, with Gehno Aviance. We’ve been throwing them for a few years now, although recently, we’ve taken a break. We’re currently discussing a possible New Years Eve party here in SF.

I first got involved in throwing parties back in 2011, with the now L.A.-based party SQURRRL. I later got involved with Rocket Collective, which led to David Sylvester, Mat dos Santos, and I deciding to start the FWB Records label.

Since then, I’ve pulled back on party-throwing duties to focus more on production and DJing.

CZ: Let’s talk your AYLI podcast. What were your aims in putting together? Where does this mix fit in the overall representation of yourself as a DJ?
TS: I was really just looking to make a mix that wasn’t super thumpy, not building up to a beat that was super fast or felt awkward to end with. I chose a lot of the music based on their sounds and feel — I think this fits into my more late-night/early morning styles. It isn’t what I might regularly play at the club, unless the vibe was right, as a lot of this stuff is lower-energy work. I also chose tracks that I felt were a different sound — from some of my favorite producers like Ital, Pearson Sound, Eliphino and Dauwd.

CZ: Who inspires you as a DJ? Who makes you want to strive to improve your technique?
TS: I typically look up to people that are still hustling to work their way up, and to be honest, many of whom are AYLI family. Some examples would be Alison Swing, The Honey Soundsystem boys, Mike Gushansky, Nackt, Sepehr, and the Honcho crew. Other favorites include Carlos Souffront, Tyrel Williams, Peggy Gou, Avalon Emerson, and Kim Ann Foxman.

CZ: On that note, have you been experimenting with your own DJ techniques lately? Is there any particular aspect to DJing that you’d like to improve on, or perhaps some new skill you’d like to incorporate into your sets?
TS: I’ve recently gotten into mixing vinyl (I know I’m late to the game here). I’m finally in a spot where I can start buying some records, and I’ve been mixing them in the studio. I think I would also like step away from the built-in effects on Pioneer mixers, and focus that energy into mixing more than 2-3 tracks at a time.

CZ: Last but certainly not least — what music are you feeling lately? Anything dancefloor-centric is welcome, of course, but beyond that is good too. What albums have you been listening to?
TS:I’ve been revisiting a number of records that I’ve already purchased, getting to know them over again. I feel like it’s important to revisit albums that made an impression the first few times around, and since I spend a decent amount of time in the car or working alone, this happens often. Andy Shauf’s The Party is one that was on heavy rotation until recently, Nick Hakim’s Green Twins, Kllo’s Backwater, Hope Sandoval & the Warm Inventions, Japanese Breakfast, Cigarettes After Sex, Courtney Barnett —  too many more to name.