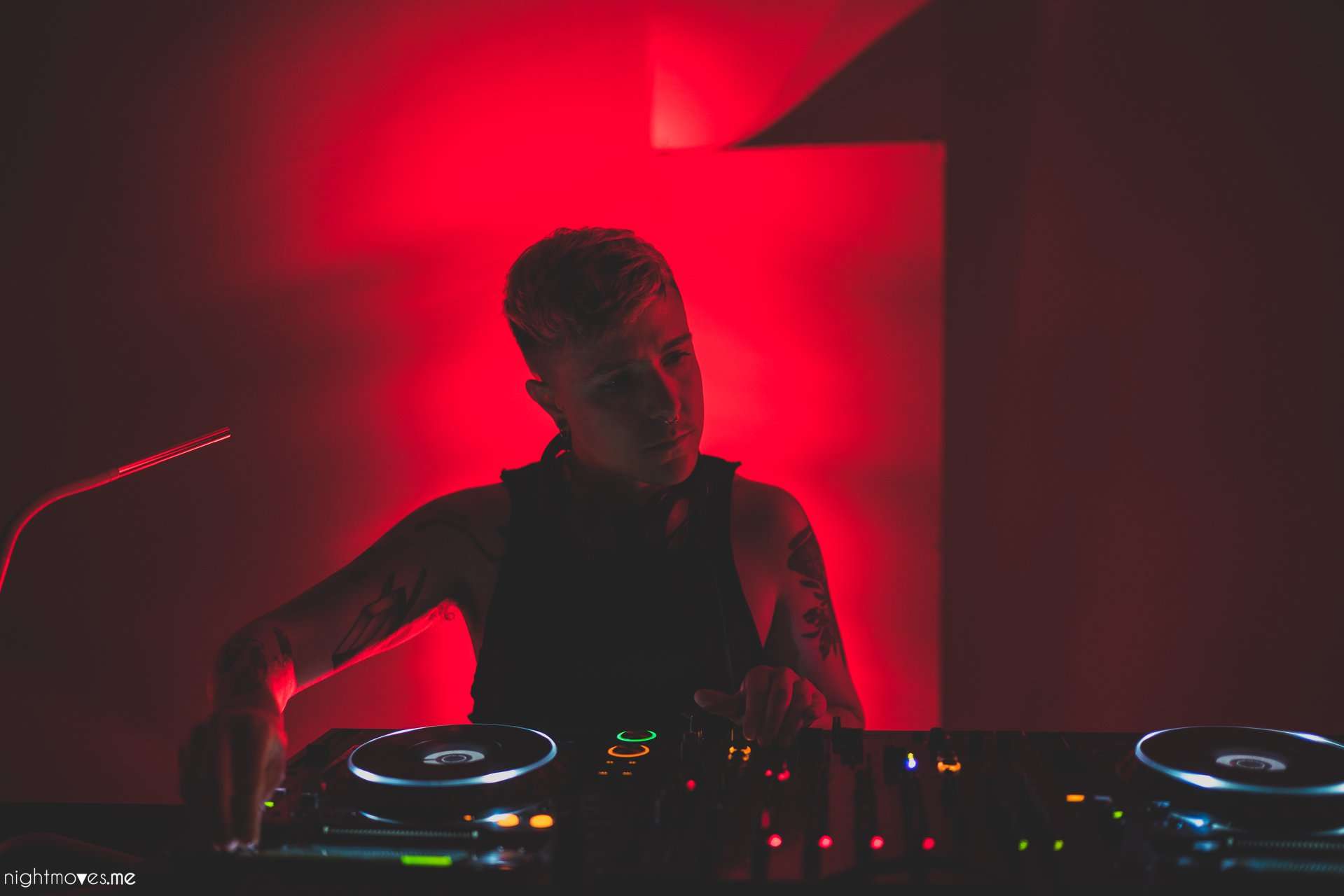 Interview by Chris Zaldua.
Keen eyes and clued-in dancers have surely noticed Jordee‘s name cropping up on San Francisco party flyers left and right. Their name first began appearing in earnest with the launch of their Wednesday night weekly shindig at legendary queer institution The Stud, Kosmetik, which features brilliant taste-making DJs from around the globe every week, the kind of DJs you’ll be name-dropping 18 months from now. Soon enough, Jordee began guesting at a wide swath of different parties, dabbling in various scenes and sounds — their versatility behind the decks comes from a genuine love of music.

After Kosmetik came Mixed Forms, a joint project between Jordee and Jeremy Bispo, the co-founder of As You Like It. Mixed Forms, also housed at The Stud, aims to bridge the gap between San Francisco’s queer and, well, “less queer” communities by bringing them together on the dance-floor, serenaded by some of the world’s best selectors. So far, it’s been a rousing success — speaking personally, some of my favorite moments on the dance-floor this year took place at Mixed Forms.

We caught up with Jordee with a slew of questions to learn more about what makes them tick. Read their thoughtful responses and listen to their podcast, and you’ll surely catch them DJing sooner rather than later.

CZ: Where are you from and when did you land in the Bay Area?

JA: I grew up in New Hampshire’s Lakes Region and settled into San Francisco in 2011.

CZ: What was your first encounter with electronic music? What made you fall in love and decide to commit yourself to this thing?

JA: Probably a few months into my time in San Francisco, a friend brought me along to an Odyssey after hours. That same friend later dragged me out on a Sunday for Honey Soundsystem at Holy Cow. Those were the first times that I experienced how electronic music felt alongside the energy of a dance floor and in venues where promoters had specially curated the decor.

In both of these places, I can recall exactly where I stood on the dance floor and looking around and feeling that I’d cracked open something that would become very important to me.

CZ: Similarly, when did you first begin DJing? What spurred you to pick up the practice?

After moving to San Francisco, I picked up a mixer and attempted to configure Traktor, but struggled mightily. After a week and much frustration I figured out that I needed a sound card. Growing up, I wasn’t socialized with exposure or skills around electronics. Things have evolved a good deal since that time, but my experience fumbling through that stage on my own has informed my perspective about the need to share resources and opportunity in my music community.

CZ: Tell me about the many parties and events you’re involved with in San Francisco. You’ve been very busy lately — is this all part of a grand master plan, or did everything more or less fall into your lap all at once?

JA: Well, I’m still waiting for people to get sick of me. There’s no grand master plan. Like most Bay Area artists, I also have a full-time job and a part-time one. Recently, I’ve been running full tilt in, but intend to reel things this winter and dial in work on projects.

CZ: Tell me about your AYLI podcast. Is there a theme or a concept behind the mix? Is it fairly representative of yourself as a DJ?

JA: I’ve been working on being easier on myself, exploring without expectations, and letting go of the notion that there’s a right way to be or approach projects. As a trans and non-binary person, I’ve never let rules dictate my way of being in world, so releasing those impositions and judgements in music has been important to my process.

I think this mix is fairly representative of the ways that I compose my sets.

CZ: What goes into your selection process when you’re preparing for a gig? You play a wide range of parties and gigs — how do you prep?

JA: I listen to a wide variety of music and spend a tract of time digging and pulling for each gig. I try to mix every day and ramp up that time ahead of the week I play. I haven’t been playing that long, nor did I grow up with electronic music. Because of that, I’m very focused on immersing myself in practice, digging, and reading about the history artists, labels and movements is key. I often end up pulling myself out of a multi-hour spiral and wonder if that headspun feeling is akin to someone binge-watching a season of a television series.

As you said, I’ve had the opportunity to play a wide-range of events. This resonates with me because I don’t relate to idea of being a specialist, which serves some DJs very well. I always spend time thinking about the gig, audience, history and what I feel and want to communicate. My preference is to go down the wormhole and compose a launch point for sets from tracks that are fresh for me or which I rediscover in that process. I do think about where I may go, but like to stay open to how things will evolve while I’m playing.

CZ: Are you comfortable with where you’re at as a DJ? Is there anything in particular you’re working on or working towards?

JA: These past 18 months reflect a good deal in terms of my personal evolution. I’m proud of the work I’ve done during this interval because I’ve focused on digging into my own identity, what I want to communicate, and where I want to put my energy.

After hitting a point where I felt burnout creeping in, I realized that I needed to recalibrate how where I was allocating my energy. Saying no has never been easy for me, but my day job in direct social work has informed a lot of work around boundaries and naming my capacity. Focusing on integrating those ideas brought a new intention and connection that I feel very grateful to have unlocked. I have a personal rule to only say yes when I feel genuinely invested in or a connection to a gig. I extended this idea to other spheres and moved away from things that had diminishing returns. Six months ago I dropped alcohol, dealt with anxiety, and gave myself permission to spend more weekend nights at home. That has freed up a lot of energy and led to a presence that feels more sustainable.

Outside of Kosmetik and Mixed Forms, I’m working on a project that I’m looking forward to being able to share in the coming months. My focus remains on music, community, and space for free expression. Beyond that, I’m focusing on staying balanced and putting in the work outside of the club.

CZ: Last but not least, tell me about some new (or new-to-you) music resonating with you. Doesn’t have to be dance-floor fodder — anything goes.