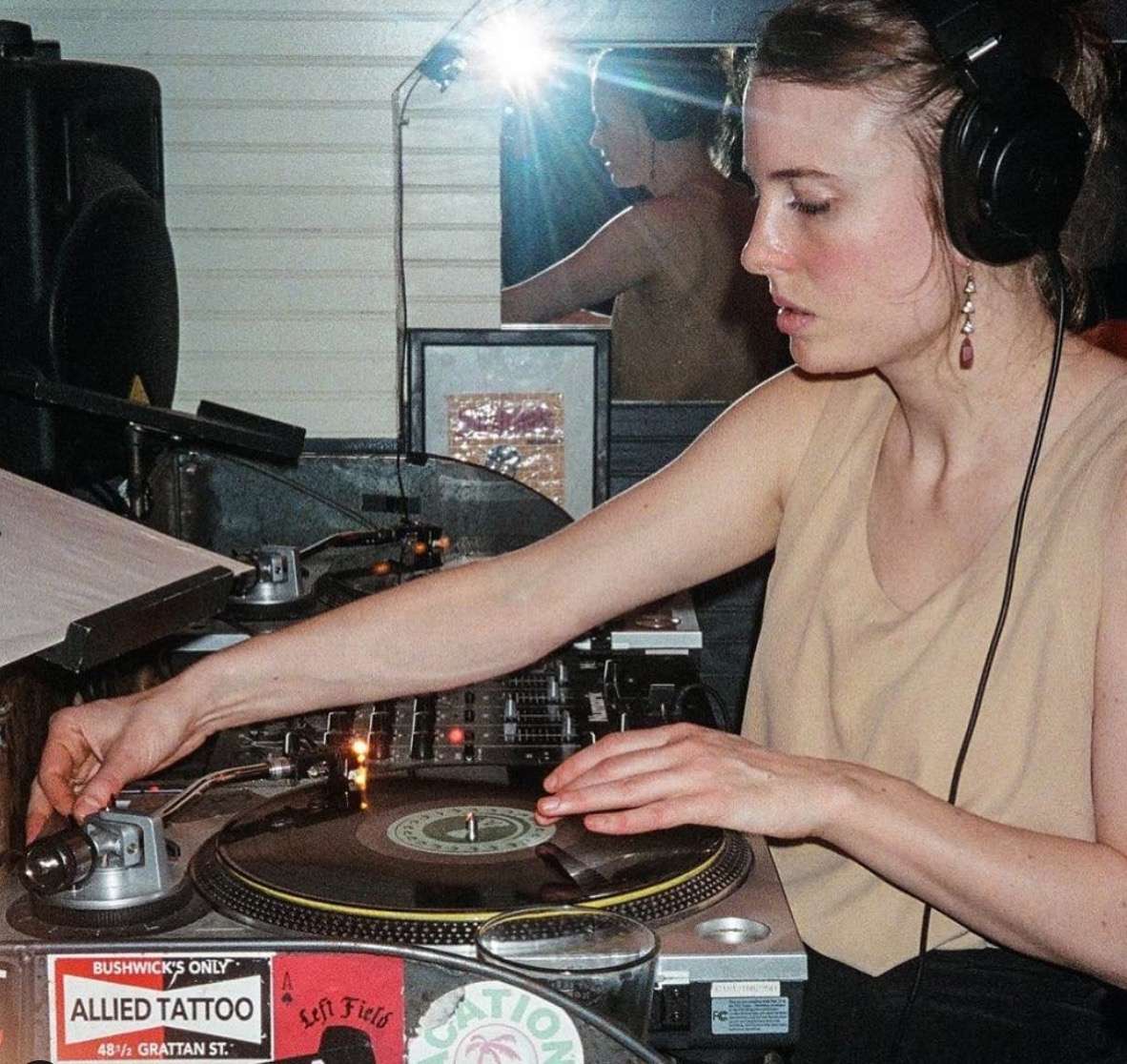 Faychee, aka Faith Harding, is new to the Bay Area, but not new to house music. She moved to Oakland in June 2018, and since then has been playing out regularly — most frequently for Palace, a fun, breezy celebration of dance music of all kinds originally launched by her long-time friend Gabe Ross. A longtime songwriter and musician, she’s also begun producing her own house music.

On Saturday, Nov. 9, Faychee makes her second appearance for As You Like It, joining fellow locals Josh Cheon and Mossmoss to welcome the Midwestern legend Mike Servito to the basement rave cave of Monarch. She’s responsible for the latest edition in As You Like It’s podcast mix series, an hour-plus selection of tunes rooted in house music of all different kinds — with a couple detours into freestyle and electro.

Read on to learn more about Faychee’s practice as a DJ, and listen to her mix below. Make sure to snag tickets to this Saturday’s AYLI — the cave gets crowded, as you may well know.

FH: I’m from Los Angeles, California, but went to college on the east coast and spent four years as a musician in NYC, before moving to the Bay. I just started noticing how happy I was around friends who were visiting me from Oakland, and had a hunch there might be something in the water there — so I visited for a week and learned my hunch was correct! Took three months to wrap things up in NYC and moved out here last June.

CZ: Tell me about your history with DJing. When did you pick it up, and what inspired you to do so?

FH: I have been a musician since I was 5, primarily piano and voice, but also guitar and bass guitar, plus a good amount of music theory. When I was 15 I heard about an extracurricular program in LA where you learned how to mix vinyl and I wanted to do it so badly, but I was met with a lot of ridicule. I don’t think anyone took my interest seriously because they didn’t really understand what the whole deal was with it. I didn’t really either, at that age, but it just spoke to me. Unfortunately it didn’t pan out at that time. Then when I moved to New York I started seeing other people DJing and the desire came back full force. I don’t think anything in particular inspired me. Like most passions, I simply wanted to do it. No thoughts involved.

CZ: I’d love to hear about a cherished moment that you experienced at a party. What keeps you connected to this culture?

FH: I have cried all of the three times I saw Theo Parrish. It’s pretty important to me that I cry at some point at a good party. I think the culture is best when it is acting as collectivized therapy for its attendees. BMG also did a great job of this for me at No Way Back in New York a few years ago. I think No Way Back may do the best job at collectivized therapy, but that is some pretty intense psychoanalysis they are getting up to!

CZ: Tell me about your AYLI mix and how you put it together. Was there a concept or idea behind the mix? Is it typical of your DJ sets?

FH: For this mix I tried to turn my mind off and improvise, which can be hard for me as I love concepts and specific trajectories. But sometimes a mix can become dead if you’re thinking about it too much. Ultimately it came out a pretty great representation of what I like: song-based structures with good vocals and memorable lyrics, plenty of cheekiness peppered about, and of course, groove. The trajectory is pretty typical for me. I love to roam about genre-wise and move quickly from one vibe to another, but it definitely all orbits around a house music center of gravity for me. That’s home base, always.

CZ: In addition to your DJ practice, you’re also a producer. What was your journey to writing your own music — have you been playing music for some time, or is this a new outlet for you? What’s your production setup like?

FH: I have been producing music under other songwriting projects for six or seven years. I taught myself Ableton and gained skills from peers along the way. So production was actually something that came before DJing. My setup for Faychee productions is very simple. I like to start with samples as inspiration and just use my laptop and Ableton to capture those. For any extra instrumentation I have a Prophet ’08, and that’s all I feel that I need. I am very loyal to that piece of hardware.

CZ: I know you’ve been working with Gabe Ross on his mostly-Oakland party series, Palace, for some time now. How’d you end up working together, and what’s Palace all about?

FH: Gabe and I have been friends since we were infants. I think we have always had a huge bond through music but it is almost an uncanny coincidence how much we ended up loving house and it was almost impossible not to collaborate given that alliance in taste. Gabe had me play a Palace party a couple of weeks after arriving in the Bay and then we continued to offer support for guests of the party, sometimes the two of us as Music ’92 (a nod to the year that we met), sometimes with other best friend Nate Swedlow as East Bay Rave Coalition. It is a wonderful thing because this was never an official arrangement, we all just loved playing together and it felt like the natural thing to do. That’s very much in the spirit of Palace, I would say. It’s a very inclusive and democratic environment, anti-status and anti-pretense. When I play there I’m always jumping off and on the stage because the divide between DJ and attendees feels so porous. There is a lot of happiness on the dance floor, a lot of smiling and eye contact. It’s a heartwarming place. And again, house music is the name of the game, plain and simple. There is something about the simplicity of that, which makes it feel safe and welcoming to me.

CZ: How do you push yourself as a DJ? What do you see on the horizon in your own DJ practice?

FH: For me the question of pushing myself as a DJ always comes down to the relationship to the ego. I am always trying to see how little I can make it about me, and how much I can make it about the moment and what the moment needs from me. I think any DJ who’s being honest would agree that this is much easier said than done. In this sense it is an extension of spiritual practice for me because it is about service to something greater than yourself, in this case: The Vibe. On the horizon — I am not sure! I will go where The Vibe requests me.

CZ: What are some local parties or event series that you really enjoy or admire?

FH: Probably no surprise here but Club Chai was a favorite for me of the parties I’ve attended in the Bay. Open Soul definitely feel like some Palace kindred spirits. Also love what Visions of a New World is doing! They are some very welcoming souls and are always reaching out to find new live sets to showcase, and even let me do a DJ set when I continuously failed to get any live material together 🙂

CZ: Last but not least, tell me about some new music that you’re really feeling. Could be old, could be recent, but new to you — and doesn’t have to be dancefloor fodder at all.

FH: Lately it is all about Harold Melvin and the Blue Notes, particularly Hope That We Can Be Together Soon. That song bowls me over emotionally. And they of course have some wonderful tracks for the floor–Don’t Leave Me This Way being my favorite for that context. Also love the new Monty Alexander album Waireka Hill: Rastamonk Vibrations. All reggae renditions of Thelonious Monk. Sounds wild, is definitely wild — but irresistible!