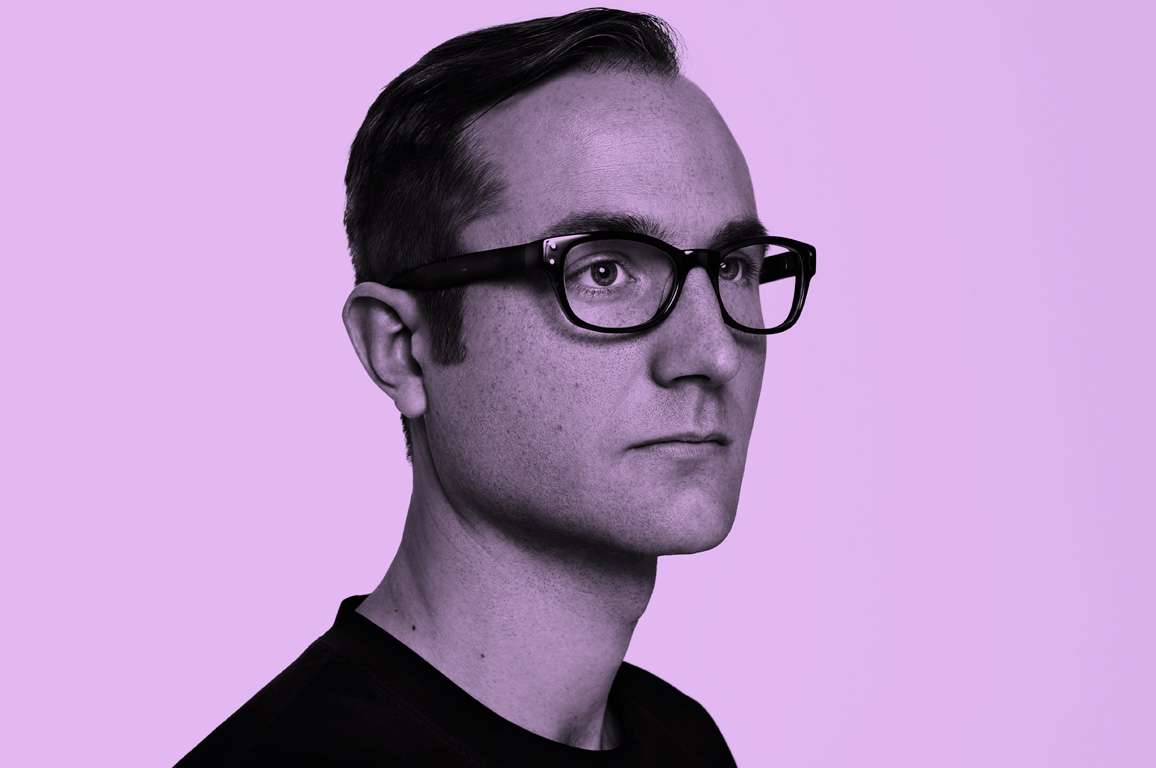 If my memory serves me right — somewhat of a tricky proposition these days — the first time I saw Tin Man play live was an As You Like It party at 222 Hyde, that incredible basement sweatbox emblematic of a certain point in San Francisco electronic music history. I don’t remember the set even in the slightest (I was probably having a good time), but I do know that that gig cemented Tin Man as one of my favorite techno performers.

As anyone who has heard one of his records knows, Tin Man, aka Johannes Auvinen, creates acid techno. But his acid goes deep, and he continually seems to find new worlds within it, despite having worked exclusively in this style for about 15 years now.

He’s been an AYLI stalwart since the earliest days of the party, and so it only makes sense that he’s contributing a remix to Christina Chatfield‘s new EP, Ascent / Descent, the first on AYLI’s new record label, As You Like It Recordings. He’s also responsible for the latest edition of the AYLI podcast, which you can listen to below. Tune in, turn on, drop out.

CZ:  I know you’re from California but have lived in Vienna for many years. I feel like I’ve asked you this before, but what first brought you to Vienna? Would you say Vienna is home for you now? Do you think there might ever be a return to California in your future?

JA: Yes, Vienna feels like home now. It’s definitely the environment where I want to be right now too. I moved here because of an ex, in 2007. Yes, I think I’ll come back and settle in California one day!

CZ: You’ve been releasing records for close to 15 years now, and I’ve been following your music for close to a decade. You’re one of the few artists I love whose music I could describe in a single word: acid. How would you say your music has changed over the years? Do you think there is as much yet to discover in the realm and sound of acid as you’ve already uncovered?

JA: Indeed, acid is the key! My music has not changed so much at its core. I’ve always been close to acid and always distanced myself from “soulful” or “angsty” posturing. Yes, there is loads yet to be discovered in the realm of Acid!

Firstly, from a genre perspective, acid had lots to offer in the development of bass music and also in timbral music: bass music is any music focused on bass ie Miami Bass, UK Bass, Drum and Bass, etc. Timbral music is any music focus on timbre ie. Ambient, Berlin School, Experimental, etc. This is because acid has built into it a focus on modulation of timbre and bass.

CZ: You’ve got a remix featured on Christina Chatfield‘s upcoming record, launching As You Like It’s record label. You’re one of the most collaboration-friendly artists I know, so I’d love to know what’s the remix process like for you, generally speaking? How do you approach it?

JA: For writing my own music I write for myself and for people I imagine listening to it. For remixes I imagine an event where it will be played. I imagined this remix playing at an AYLI event held at Public Works in the Loft, upstairs. Besides that I try to accentuate some aspects of the original. I tried to pick up on the shuffled groove of the original and that it was bouncy.

CZ: You’re one of my favorite performers to experience live (and I’m sure it was an AYLI gig where I first witnessed your live set). Correct me if I’m wrong, but improvisation is often an essential part of your live set. Does live improv ever carry over into your studio work, or vice versa? What’s the relationship between your live music and your recorded works?

JA: I need to improvise in my live sets so that I stay in the moment. I would be ultra-bored to play a preconceived set. I think for dance music it’s important to record in similar ways to playing live so that you keep a pace and momentum in the music. That means recording the rhythm section all together in a single take.

In a certain sense I want to avoid improvisation in the studio and also live. It’s important to have a clear and complete idea that you are presenting and instrument noodling for the sake of noodling is terribly annoying to me. Luckily, playing live you can preview things on your headphones (like when you DJ) before you play it on the speakers.

CZ: Tell me about your AYLI podcast. How’d you put it together? Is there a theme or a concept behind the mix?

JA: I was thinking of AYLI parties and the people I have hung out with there.

CZ: How has Covid affected you musically — both as a producer and a listener? Do you find yourself working on music in a different way, and/or listening to different kinds of music?

JA: I am in a transition moment now. I started school for an MA in Executive Management so I can get a decent job. I’ve been spending time on charitable music workshops for kids in Vienna too.

I feel like my music will become limited to my already-limited free time in the future. And perhaps, I am retired from performing. I do listen to more dance music at home than I used to because I missing that every weekend.

Also, I feel like writing music will be 100% out of duty rather than ambition.

CZ: Do you have any projects or releases you’re working on that you’d like to share news about?

JA: I have a release coming up under my last name, Auvinen, on Mego this fall which I am excited about. It’s more in the soundtrack realm, and pays homage to influences of Tarkovsky and Mika Vainio and Ilpo Vaisinen. It is called Akkosaari.

CZ: Lastly, I’d love to hear about some of the music you’ve been listening to recently. Old or new, just something that’s got you hooked recently.

JA: I’ve been listening to classic Chicago/Acid house from 87/88. I’ve been dusting off my 7” collection of Jamaican soul music (Rocksteady) and some Dancehall too that I like to start the day with.

I have rediscovered some long-player records from the late 70s, from Jean-Michel Jarre (Equinoxe), Edgar Froese (Epsilon), Vangelis (Soil Festivities), and Kraftwerk (Robots).