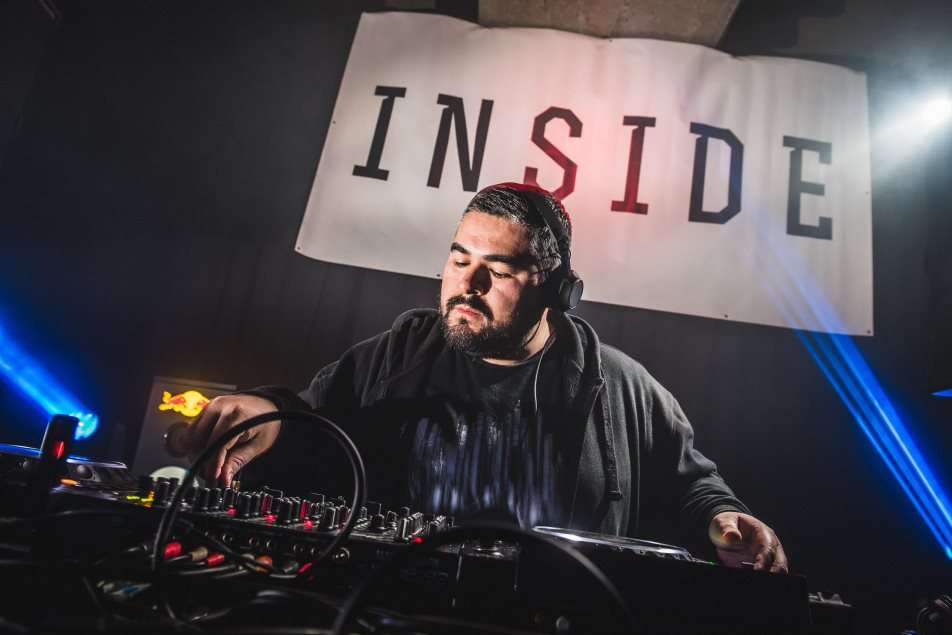 If you’ve paid attention to the domestic techno the last decade, it’s impossible that you’ve not heard of Truncate fka Cell Injection. David Flores AKA Truncate and his then Droid Behavior compatriots were ahead of the trend, bringing a European edged techno to the West Coast and notably the Los Angeles underground. Late nights, a big system, and an energetic diverse community that was uniquely L.A and proudly Latino. It was impossible to separate the two. In a genre that’d become increasingly gentrified, again against the trend, Truncate soon began representing the States on the international stage pushing polished jacking techno through a steady stream of releases that were quickly picked up by the global techno community, as he performed at who’s who of prestigious clubs.

That was before shelter in place.

He’s stayed busy. Maintaining the release schedule, performing on regular streams, including Paxahau’s Movement weekender and Ben Sims’ birthday party on Be-At.tv, and dropping regular podcasts from around the world. All of this could keep most people busy.

During the earliest days of the quarantine, Flores kept many up and coming producers busy with a remix competition. The winner, an unknown Dutch artist, Kai Van Dongen was featured with Josh Wink, Radio Slave and Lauren Flax on an official vinyl remix on Truncate. The fourteen runner ups got their own release digitally. Flores’ ability to look both inwardly and outwardly with his artistic expression, giving fresh artists an opportunity now that he’s a player on the international stage, deserves special recognition.

Now, you’ll find him amongst those peers almost weekly on “DJs and Beer,” a roundtable discussion, with Chris Liebing, Drumcell, Dubfire, Radio Slave and Flores as regulars. While much of the banter is heavy on levity, current events, including the social justice movement are prevalent throughout.

With so much still uncertain about the future of nightlife and gatherings, Truncate’s presence in the domestic community will continue to bridge us to the world outside our borders. In collaboration with Fault Radio, this month we invite you to join Coast to Coast 9/27 to shine light on Los Angeles, as a city that’s forever both looking in and out, with Dave Aju, Jeniluv, Force Placement, Juliet Mendoza and Chuck Gunn. In preparation for the broadcast, take a moment and dig into Truncate’s Ground Level mix and interview. Quality.

1. Tell us about who you are as a DJ. What kind of music do you play and what was your inspiration behind the mix?

I’m mainly a techno DJ, for the most part playing more peak-time/party tracks but I love to explore other styles and vibes, as you can hear in this mix. I wanted to go modern, with some classic vibes, and a little deepness thrown in at the end, but still keeping that energy. With mixes like these I get to play tracks that I normally don’t.

2. What local projects (events, crews, labels, and beyond) are you involved with?

I do events here in LA under the name OBSERVE with Drumcell (L.A.) & Oktaform (Atlanta). After the end of Droid Behavior we branched out on our own and started a new warehouse party series. We also sometimes work together with local crews, 6am, Synthetik, Incognito, and Dirty Epic. I also run a couple of record labels, Truncate and WRKTRX.

3. What makes your local community special?

The LA community is small, but strong. Considering how big our city is, the techno scene is fairly small and intimate. I like that feeling. Its a community and we work together. The scene is still growing and there’s always new talent coming out of the woodwork which is also exciting.

4. With the Covid-19 virus impacting society, an activated social justice movement, and the economy in tatters, there’s so much uncertainty in the air. What do you hope to see happen going forward?

To be honest I would just like to see more people come together. This pandemic has split so many people apart. Political differences have split the country and even our local community. We should all be working together instead pushing each other further apart. I really have no answer to this question because my feelings change daily and information changes daily. I know we will all pull thru this in the end, but we still have a long road ahead.

5. Would you mind sharing the tracklist for your mix?