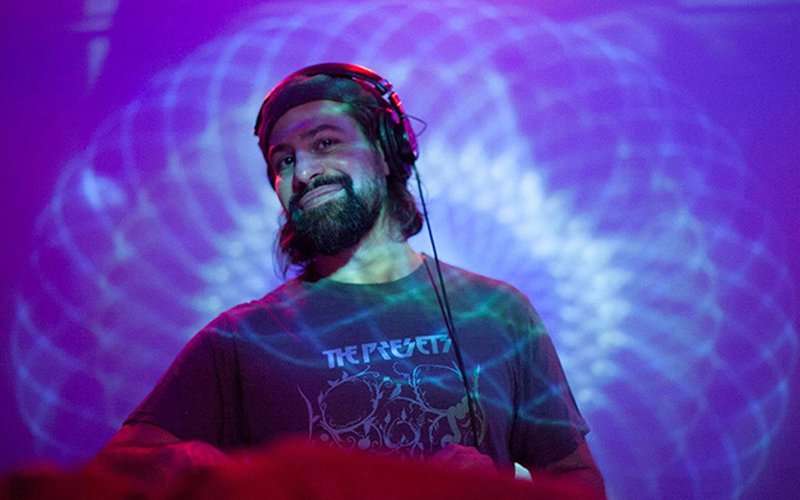 Levity (noun) – humor or frivolity, especially the treatment of a serious matter with humor or in a manner lacking due respect.

Eddie Cuscavage AKA Kadeejah Streets AKA DJ Daddy Ice of the Dirty Ice Crew. Yes, he’s all of those things and so much more. One listen through on his new installment of the Ground Level series and it’s impossible to miss just how seriously he takes his rave. If you were going to casually discover one of Eddie’s alternate personas you might miss out just how serious he takes his levity.

In a world full of heightened stresses and pressures, it feels only appropriate that we bring you an artist who’s fought against the pressures of taking the rave too seriously. The balance that he brings to his sound is clear as day: appropriate for home listening, after-hours raving or day-drinking in the park. Eddie’s been actively contributing to Seattle community for almost two decades. Finding a path between the chin-strokers, burners, newbies and veterans. His relationship with San Francisco legend Jeno and regular contribution to the Noise from the VOID mix series is a perfect example of that path: unadulterated psychedelia that both brings a smile to your face and shake to your hips, while you’re Shazaming each record.

We’re excited to shine a light on Kadeejah Streets in a month dedicated to Seattle’s role in the domestic community. Take a moment and read about his many roles and listen to his mix in preparation for Sunday’s As You Like It Coast to Coast: Seattle featuring Sharlese, Tony H, Succubuss, Rubidium and JX-216 in collaboration with Fault Radio. We’re all in for a treat.

What are your preferred pronouns?

Tell us about who you are as a DJ. What kind of music do you play and what was your inspiration behind the mix?

KS: I like to keep my DJ mixes unpredictable and eclectic as possible. Anything goes and anything but boring.  Inspiration behind this was a sprinkle of Halloween vibes over some new and old favorites.

What local projects (events, crews, labels, and beyond) are you involved with?

I have been involved in the Innerflight crew and label out of Seattle since its inception in 2003.  We’re currently pretty dormant with no events happening but our podcast is going strong.  We also have a relaunch of our record label on the horizon.

I also head a crew of misfits and weirdos called the Dirty Ice Crew.  We deal in “madness behind the curtain” vibes with everything from events at roller rinks and clubs to straight up coups at music festivals and all that lies between.

On top of all that, I help produce DJ Sharlese’s monthly radio slot on long running electronic music show Expansions on KEXP radio in Seattle.

What makes your local community special?

KS: Seattle is a very special place for local music from DIY punk shows to raging, sweat-on-the-walls after hours debacles.  Like any other growing city, we have our share of issues, but with the diversity and talent of artists here, the music scene isn’t one of them.

With the Covid-19 virus impacting society, an activated social justice movement, and the economy in tatters, there’s so much uncertainty in the air. What do you hope to see happen going forward?

KS: My hope is to actually see some unity and people coming together through adversity instead of bickering and ideologically tearing each other apart like what’s been happening all around us worldwide.  These are some tough times we’re in and that lie ahead and the road is definitely long.  We are growing as a society and (some) people are trying to learn and evolve the best they can.  I do have hope for us yet.

Would you mind sharing the tracklist for your mix?

Boards Of Canada – The Devil Is In The Details

Scientific Dreamz Of U – Dreamz Of A Psychic Europe

King Sporty & The Extras – Do You Wanna Dance

Warden CA – Push On The Room

VoX LoW – Trapped On The Moon